Why I Engage on Social Media 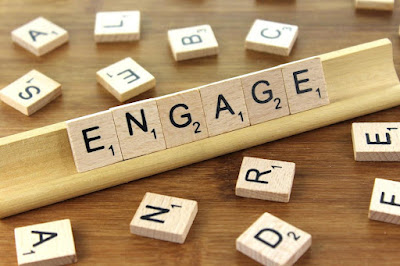 I get asked from time to time why I bother engaging on social media, which I understand to mean why I write on serious and controversial subjects instead of just posting pictures of cats and the steaks I'm grilling for dinner. (I don't grill the cats, just the steaks.) After all, some say, social media is not a good place to have serious discussion and you're never going to change anyone's mind.
My response is that they are right on both counts. It's difficult to have a serious discussion, though not impossible. At least, it's more dialogical than letters to the editor in newspapers. I also do not post to change anyone's mind. I am not so naïve. So, why do I engage on social media?
1. I engage because subjects of great importance have become commonplace on social media and it is not going anywhere. To ignore this is to ignore reality.
2. I engage because it is important for some Christians, who believe that their views are the ONLY Christian ones, to know that not all believers embrace THEIR Christian views.
3. I engage because there are Christians who for good reasons don't believe they can make their opinions known on social media. My posts give them a voice. (I've been told this over and over again.)
4. And finally, I engage on social media because I want my nonbelieving friends to know that there are Christians who have deep convictions, but who are still open-minded and willing to engage civilly with persons from non Christian perspectives. In other words, I want them to know that not all Christians are so narrow-minded they can see through a keyhole with both eyes.
I hope that sufficiently answers the question.
Posted by Allan R. Bevere at 4:29 PM