Race, Wokeness, and the Angst of Our Time 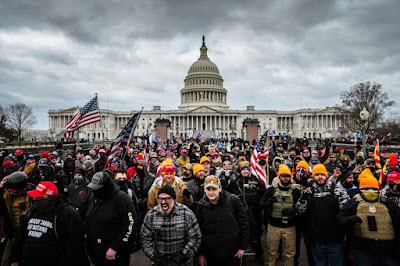 I have been interested in demographics for some time. Back in the early 90s, I did demographic research that I presented at several Church Conferences highlighting the demographic changes that were coming to the U.S. over the next three decades. The numbers were clear: the United States was moving toward a society in which there would be no discernable ethnic majority. At the time, the general projection was 2050, but it appears it will happen earlier.

Many of the researchers of the time also concluded that the next major social unrest taking place in America would center around race. While many white Americans deny it, the truth of the matter is those projections are now coming to pass in our time. Our unrest these past few years centers around race.

Comparing the last time of major civil unrest in America-- the 1960s-- with today is enlightening. That unrest was two-fold: weariness of the War in Vietnam and the emergence of a potent Civil Rights Movement, both leading to widespread protests that did, at times, turn violent.

The arguments of the maintainers of the status quo employed caricature and labeling to dismiss dissenting voices. MLK, Jr. was a socialist, the leaders of the protest movements were godless and liberal. They were contributing to the moral corruption of our youth. While the results of the protests of the 60s moved America in the right direction, the white majority was able to hold firm (precisely because it was the majority), and the dream of Martin Luther King was advanced but still not fulfilled.

Compare that with today and we see that though some things are not completely parallel, the similarities cannot be dismissed. Americans became tired of being bogged down in what seemed to be endless nation building in Iraq and Afghanistan (Though I must hasten to add that a majority of White Americans supported entering both wars at the time. Yes, we are a fickle people with little interest in sacrificing over the long haul.). While the desire to leave was in my opinion a good thing, it helped feed a White Nationalism-- let's call it White Normalism-- through isolationism that would without shame rear its ugly head when leaders who promoted it were elected to public office. While many white Americans remain in denial, Donald Trump and his lieutenants in the Republican Party (e.g. Marjorie Taylor Greene, Lauren Boebert, Matt Gaetz, Jim Johnson, Ron DeSantis, and Greg Abbott) have pushed a narrative of White Normalism and therefore white supremacy without directly saying so, but using the kind of dog whistle language that many black Americans have long recognized. They have also employed tactics similar to Jim Crow while gaslighting Americans by hiding their nefarious realities. (e.g. It's not voter suppression; it's really ensuring the integrity of the vote.)

Those in today's Civil Rights Movement in the last ten years are also dismissed as Marxists, socialists, godless, liberal and their detractors have twisted legitimate discourse and terminology in order to dismiss them as dangerously nefarious. Wokeness, which originally was used as a term to refer to being alert to injustice and discrimination, especially along racial lines, and Critical Race Theory, which attempts to understand how race is embedded in our legal structures, social customs, and unacknowledged attitudes have been woefully distorted and weaponized by members of the Trump-Putin wing of the Republican Party to suppress the serious and difficult conversation that when it comes to race, all is not well in America. How unFederalist it is for Republicans like Ron deSantis to suppress academic freedom by dictating to public schools and even universities what can and cannot be taught. By the way... Jim Crow tactics involved suppressing the history Southern whites didn't want known, and mythologizing the history they wanted to promote.

The one huge difference in the forty plus years between our first time of social upheaval and the second one we are now experiencing is that unlike the 1960s, when the white majority was still in charge, the demographic writing is now on the wall. The white majority will soon not be a majority. The only way White Normalists (whether they acknowledge their true colors or not) can remain in power is to continue the tactics of Jim Crow: restrict time and methods of voting that are predominately used by ethnic minorities forcing them to vote in the time and by the methods favored by whites; and sell it all by saying that this is simply securing the vote, thus implicitly continuing to peddle the big lie of widespread election fraud. Moreover, if a way can be found to keep state legislatures majority white, and given the power to invalidate elections they decide are fraudulent, the white minority can remain in place in order to maintain the vision they have of America as one that looks the way white Christians have always known it to be, or at least the way they want it to be: white Americans (or as Tucker Carlson calls them, "legacy voters) in charge with other ethnicities free, but happy to take their cues from their white masters... err... I mean white leaders.

The problem for the White Normalists this time around is that while they may gain some advantages in the short term, they no longer have the majority; no amount for voter suppression and legal slight of hand will delay the inevitable for long. At some point in the near future (perhaps a decade), they will lose the white normal America they grew up in because the U.S. is becoming and will continue to become a country with more religious and ethnic diversity that cannot be stopped. I, for one, welcome it.

One last thing: as a pastor in a declining mainline denomination, I have seen first hand that decline encourages holding on to what we have left and drawing the circle ever smaller so that we don't lose more. The White Normalizers who are aware of what is going on with the changing face of America know what is coming, and that is why we see them acting to close ranks. All we have to do is to look at Arizona, Georgia, Texas, and especially Florida.

I believe this encapsulates our current angst in a nutshell.