Authoritarians and People of the Little Picture 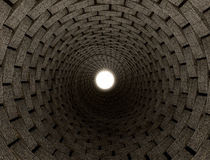 George Santayana said, "Those who cannot remember the past are condemned to repeat it." Georg Wilhelm Friedrich Hegel stated, that history repeats itself, "the first time as tragedy, the second time as farce." "History does not repeat itself, but it rhymes," is a quote attributed to Mark Twain though there is no corroborating evidence; nevertheless, it is an excellent observation.
We need historians with a big picture perspective, because it is the little picture populace that often repeat or rhyme history. Big picture historians see the larger general trends that lead to societies making the same mistakes over and over again.
Big picture people can see the narrowly focused inclinations that give rise to authoritarianism in the context of those general trends. Populations give authoritarians power because they focus on the narrow-- policies, or a single issue, or the economy while ignoring the troubling psychology of the leader they have put in charge. To turn a quote on Jesus, "You should take note of the former without neglecting the latter." They dismiss character because the ends justify the means of results. These are people of the little picture.
All dictators are authoritarians, but they don't start as the former. They become the former because the people ignore the latter or dismiss it as inconsequential, thus giving them power. And one does not need a majority of little picture people to give authoritarians the power they crave.
This is exactly what happens in modern dictatorships-- Every. Single. Time; and authoritarians are put in power by well-intentioned, sincere, but narrowly focused folks (volk; let the reader understand)-- Every. Single. Time.
Posted by Allan R. Bevere at 10:12 AM