When Pro-Life is Not Pro-Life 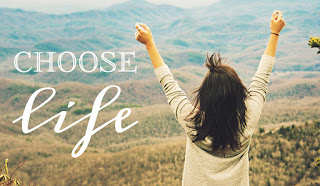 In this post, I am not interested in whether or not overturning Roe was a good or bad thing. That, of course, is important, but that is not central to what I am about to say. As I have said in previous posts, I do not care for the pro-choice/pro-life way of construing the abortion argument, but that's another post for another time.
I have shared David E Fitch comments below because I largely agree with him, except I would say that the law is not completely unimportant, though in reality it is only a modest helper. After all, even though the 13th Amendment ended slavery legally in the United States, that didn't stop Jim Crow nor current efforts to suppress minority voting in Texas, Georgia, and elsewhere.
But Fitch is correct in pointing out that being pro-life is larger than being against abortion and that the tragic irony and hypocrisy here is that "pro-life" Christians made a deal with the devil in supporting Donald Trump, (who embodies a pro-abortion way of life) to get what they want. The former president is the most anti-life Commander-in-Chief we have had in our lifetime. He embodies in his way of life all seven deadly sins (and has bragged about his behavior on more than one occasion). He embraces the very vices the Apostle Paul tells the Galatians and the Colossians to put to death. The biblical phrase that describes his way of life is that he pursues "the lusts of the flesh.'" The Bible has much to say about the way that lead to life and the road that leads to death, and Donald Trump shows very little in his character that reflects the former.
When Satan tempted Jesus in the wilderness, he showed him all the kingdoms of the world and offered them to him in exchange for worship. Jesus refused. In the current version of this story the devil offered Christians the kingdom of America through Donald Trump in exchange for a little devil worship and approximately 30% of Christians in America took the deal, justifying it by referring to him as God's chosen candidate.
I know many will object saying that in supporting Donald Trump they were worshipping no one, especially Satan. But I say, that no one in the Bible who is charged with committing idolatry believes they are doing so. Sincerity is no proof of virtue.
In the Sermon on the Mount, Jesus says, ‘Not everyone who says to me, “Lord, Lord”, will enter the kingdom of heaven, but only one who does the will of my Father in heaven. On that day many will say to me, “Lord, Lord, did we not prophesy in your name, and cast out demons in your name, and do many deeds of power in your name?” Then I will declare to them, “I never knew you; go away from me, you evildoers.” (Matthew 7:21-23). Jesus also tells God's people in his day that their house lies desolate (Matthew 23:38).
Sisters and Brothers in Christ, the moral house of the church in 21st century America lies desolate. There is nothing pro-life about that.
___
By David E. Fitch
TRUMP AND PRO LIFE (a post I wrote in 2017)
To change behavior by law has never been the Christian way. A country may be preserved by laws but cannot be redeemed by them. The law has limited effect. Even Luther and Calvin agreed on the law’s limits. Evangelical protestants, who claim we are saved by faith not by law, would also seem to agree. Instead, people are challenged by culture, a way of life, by examples of a life well lived, not being told what they can and cannot do. This we hope leads to a saving faith, not mere comformity to rules. There is nothing remotely pro-life/anti-abortion about a nation that legally prohibits abortion but promotes a culture that sexualizes and abuses women. It is this sexualizing misogynous culture that promotes abortion. This is why I have never taken lightly the way the way a leader lives his/her life morally before a country (I couldn’t support Clinton).
Ultimately pres Trump, even though he appoints a pro-life judge, is a pro-abortion president. By his example (the locker room talk, the groping, the sexualizing of women, the multiple divorces, the misogynous comments toward women, the multiple scandals) he promotes a sexualizing-of-women culture through his own example and the people around him. The most pro-life thing he could do is visibly repent of his behaviors before a listening nation. You can have all the laws in the world, but if the (young) men of this culture see that these are the values that ‘successful men’ in USA live, the Trump presidency is a complete failure on the pro-life issue. He is ultimately more pro-abortion, less pro-life, than pres. Obama ever was. And for this I grieve.
Posted by Allan R. Bevere at 4:04 PM