The Ascension of Christ... Yes, It's Important 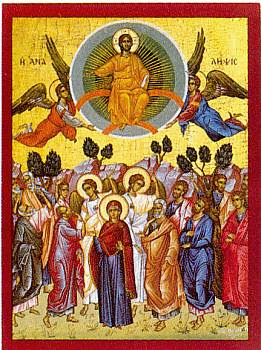 Today is Ascension Day. What is the theological significance of Christ's Ascension?
Traditionally, the exaltation of Christ encompasses four teachings which are confessed in the Nicene Creed: 1. Christ’s descent into the nether world (“descended into hell,” or “descended to the dead”), 2. his resurrection, 3. his ascension, and 4. his session (“sits at the right hand of the Father”). The first teaching is controversial among Protestants, the remaining three are not.
Continue Reading>>>
Posted by Allan R. Bevere at 6:19 AM