The Dazzling Light of Glory 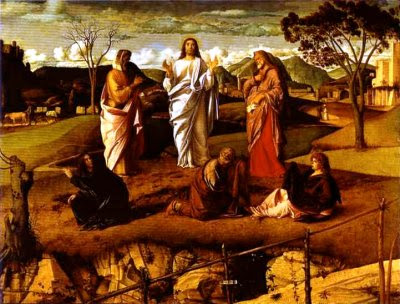 It was all so familiar—the mountain, the cloud, the voice, Moses and Elijah. Peter, James, and John could not have missed these signposts. It all pointed to the fact that they were in the midst of something significantly spectacular. They were nurtured from childhood on the story of God's great deliverance of his people from Egypt-- the cloud by day that guided the people in the wilderness, the voice of God speaking of Israel, God’s beloved Son, and the mountain where Moses received the Law from the finger of God. And Elijah, who later on would have his own divine encounter on Mount Sinai as a reminder that God was always moving and working despite the perceived circumstances. And perhaps Jesus’ dazzling appearance before them reminded them of Moses, whose face shone so brightly from being in the presence of Yahweh that he had to veil his face so the people could look upon him.
Continue Reading>>>
Posted by Allan R. Bevere at 3:04 PM