The Sorry Condition of Christian Ethics 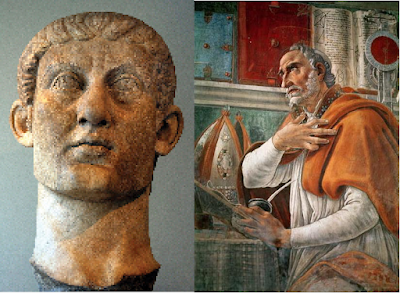 Spot on reflections from Robert Olson:
___
There was general agreement about Christian ethics up to the time of Emperor Constantine and then it all fell apart. Yes, there were still great Christian voices in Christian ethics after Constantine (e.g., John Chrysostom), but my heart was sickened by the so-called Christian ethics of Augustine and others of the early age of Christendom and afterwards. Yes, again, there were points of light here and there (especially the Anabaptists during and after the Reformation), but throughout so much of Christendom, up to and including some of the most influential Christian ethicists in the 20th century, the deviations from the teachings of Jesus, the accommodations to secular (sometimes pretending to be Christian) political and economic powers, overwhelmed me with grief. It became a story I didn't want to dwell on or tell.
For me, anyway, Constantinianism (entanglements of church and state) and Augustinianism (justifications of violence against heretics) took true, Jesus-centered, New Testament ethics off the rails and far away from the pre-Constantinian emphases on humility, peace, love of enemies, rejection of entanglements with political power and luxurious wealth, etc.
But something else that depressed me was (and is) the extreme diversity of opinions about Christian ethics among non-cultic, orthodox Christian thinkers. One can find justifications of almost anything among them—including Luther's command to the nobility of the German nation to slaughter the rebelling peasants and Calvin's defense of the burning of Serventus. But those are only two examples. Both were strongly criticized by other Christian thinkers and leaders. Then, of course, was the great "Christian" debate over slavery with many Christians defending the"peculiar institutions"-- as it was called in the American South.
___
The entire post can be read here.
Posted by Allan R. Bevere at 1:19 PM