On the Adventure That Is the Gospel 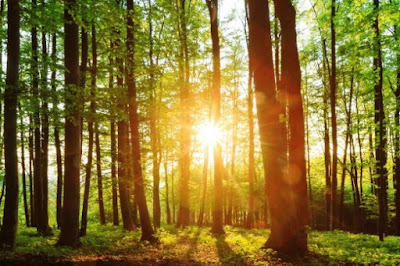 To sleep under the stars, to drink nothing but well water and to live chiefly on nuts and wild fruit, was a strange experience for Caspian after his bed with silken sheets in a tapestried chamber at the castle, with meals laid out on gold and silver dishes in the anteroom, and attendants ready at his call. But he had never enjoyed himself more. Never had sleep been more refreshing no food tasted more savory. -- Prince Caspian
I have suggested on this blog from time to time that the big problem with Western societies is that they lack a great adventure and therefore their populace lacks a great adventure. In actuality, I do not believe that most people want to live lives of quiet desperation; They want a great purpose to latch on to, a sense that life is worth living in such a way that their deaths will have meaning.
On February 2, 1874 the famed explorer Ernest Shackleton was born. In 1914. Shackleton led an expedition to Antarctica, aboard a ship appropriately named Endurance; for the crew would need all the perseverance it could muster. Shackleton and the twenty-seven man crew set out on a harrowing two-year journey in which they were stuck in ice and living for months in temperatures so cold they could hear the water freeze. When they had sailed 1,200 miles from the closest civilized town, the Endurance sank. They were perpetually soaked, eating whatever, and I do mean whatever they could get their hands on. They made their way back to England in a raft through treacherous, icy seas, returning to London in 1916. Not one member of the crew was lost, even though everyone back home had decided long ago, that they had died. Of course, all anyone could do was speculate, since there were no radios that allowed anyone to keep in touch with the expedition.
How in the world did Shackleton get twenty-seven men to volunteer for such a dangerous journey? Several months prior to departure he put the following ad in the London paper:

Now, what kind of individuals in their right mind would volunteer for such a trip, particularly if this ad were seen right below other more attractive ones in the classifieds? The fact of the matter is that so many men volunteered for the trip, Shackleton had to turn hundreds away.
Human beings long to give themselves to a great cause. It may not be a hazardous trip to the South Pole, but most human beings desire to be part of something that makes their lives count for something more than living the routine. We want our lives to be spent for something important. Only this can explain why so many would volunteer to go on what was likely, at the time, a one-way trip.
St. Paul knew that he was part of something big, and it was something so big and so important, that no sacrifice was too much; and what Paul was a part of was something much bigger than an icy trip aboard a fate-bound boat. Paul believed that he was the bearer of a message, indeed the bearer of the only message that could save the world. He tells the Corinthians that in spite of all the trials and tribulations he continues to encounter in his ministry, he does not lose heart. "We are hard pressed on every side, but not crushed; perplexed, but not driven to despair; persecuted, but not abandoned; struck down, but not destroyed" (2 Corinthians 4:8-9).
We the church must confess that we do not dream big enough. We serve a God who has raised Jesus Christ from the dead and, who in that Jesus is going to save the world. Yet, we dream so small. If we could catch the vision of St. Paul, who knew that no matter what happened to him, he would never lose hope because God would make the future come out right. If we could instill in our very being Paul's "whatever it takes" attitude, there is nothing that the church could not do through the power of the Holy Spirit. The problem is not God's ability, the problem is not Jesus' adequacy, and the problem is not the Holy Spirit's power. The problem is our lack of vision, our inability to see what is not now, but what God wants to bring to pass.
But, if we can capture the vision of God’s salvation of this world, and if we can muster up the courage to continue on in spite of the adversity, and if we can keep from losing hope because we know that God will keep his promises to save this world, then we truly will be willing to do whatever it takes to make disciples of Jesus Christ for the transformation of the world.
May it be so.
Posted by Allan R. Bevere at 6:00 AM