Your Good Read for Saturday, May 29, 2021: The New Testament and Heaven 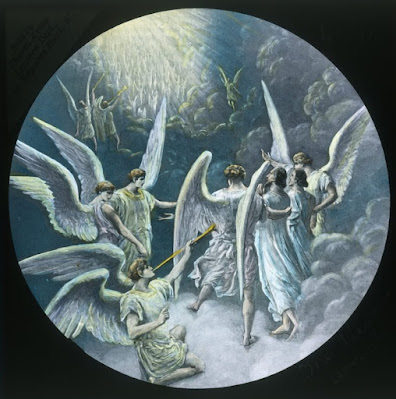 by N.T. Wright
One of the central stories of the Bible, many people believe, is that there is a heaven and an earth and that human souls have been exiled from heaven and are serving out time here on earth until they can return. Indeed, for most modern Christians, the idea of “going to heaven when you die” is not simply one belief among others, but the one that seems to give a point to it all.
But the people who believed in that kind of “heaven” when the New Testament was written were not the early Christians. They were the “Middle Platonists” — people like Plutarch (a younger contemporary of St Paul who was a philosopher, biographer, essayist and pagan priest in Delphi). To understand what the first followers of Jesus believed about what happens after death, we need to read the New Testament in its own world — the world of Jewish hope, of Roman imperialism and of Greek thought.
Continue with today’s Good Read here.
Posted by Allan R. Bevere at 6:00 AM

Fascinating article! It raises the question for me; do we misinterpret the meaning of “many mansions “ in some translations? The term mansion makes it seem permanent rather than a waiting room.