Is the Christmas Star of 2020 the Real Star of Bethlehem? 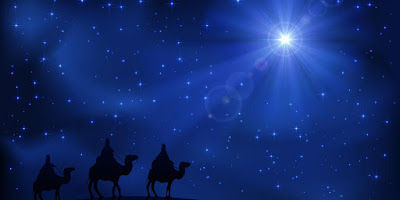 Yesterday on December 21, the planets Jupiter and Saturn, from our vantage point here on Earth, aligned in their orbits creating an unable to miss sight at night. Though they are millions of miles away from each other, we saw them come together as one in the sky, which was the brightest thing observed other than the moon.
The question that has been swirling on social media and the news concerns whether or not this is the true Christmas star, the one the Magi saw that led them to Bethlehem to visit the Christ-Child. In actuality, there are several options that have been suggested over the centuries. Before I enumerate them, it is good to review the report Matthew the Evangelist gives to us.

In the time of King Herod, after Jesus was born in Bethlehem of Judea, wise men from the East came to Jerusalem, asking, "Where is the child who has been born king of the Jews? For we observed his star at its rising, and have come to pay him homage." When King Herod heard this, he was frightened, and all Jerusalem with him; and calling together all the chief priests and scribes of the people, he inquired of them where the Messiah was to be born. They told him, "In Bethlehem of Judea; for so it has been written by the prophet:
'And you, Bethlehem, in the land of Judah,
are by no means least among the rulers of Judah;
for from you shall come a ruler
who is to shepherd my people Israel.'"
Then Herod secretly called for the wise men and learned from them the exact time when the star had appeared. Then he sent them to Bethlehem, saying, "Go and search diligently for the child; and when you have found him, bring me word so that I may also go and pay him homage." When they had heard the king, they set out; and there, ahead of them, went the star that they had seen at its rising, until it stopped over the place where the child was. When they saw that the star had stopped, they were overwhelmed with joy. On entering the house, they saw the child with Mary his mother; and they knelt down and paid him homage. Then, opening their treasure-chests, they offered him gifts of gold, frankincense, and myrrh. And having been warned in a dream not to return to Herod, they left for their own country by another road (Matthew 2:1-12; NRSV).

Now it is tempting to dive deeply into the details of this passage as to the identity of the wise men, (Magi in Greek), and their geography, and the life of King Herod and why he acted toward the child Jesus the way he did. It is also tempting to ask how Matthew's account of the nativity compares and contrasts to Luke's; but we must stay focused on the singular question of this post: What was the Christmas star?

Several options are possible. Spaces does not permit and in-depth discussion, so only a general overview is possible.

1) Sacred Fiction:  One option is that what Matthew is giving to us is not the report of an actual event, but rather is offering an apologetic reading of Jesus' birth as a dramatic way to point out that Jesus is the fulfillment of Scripture. A portion of Numbers 24:17 reads: "a star shall come out of Jacob, and a scepter shall rise out of Israel." This text came to be understood as having messianic implications. Moreover, people of the ancient Near East believed that astronomical phenomena signaled important events. The Magi were ancient Persian astronomers/astrologers who would not have distinguished between the two. The sign of a new star or the movements of planetary bodies into a conjunction could signal the rising or falling of rulers. Matthew's story then serves the dual purpose of demonstrating that Jesus was Israel's Messiah because he fulfills the Scripture; and he is a king as indicated by the heavenly sign.

The dilemma with this interpretation is that one can hardly claim that Jesus is the fulfillment of this Scripture if it in actuality did not happen. Jesus fulfills the prophecy by a story that didn't actually take place. Is that a credible conclusion?

Perhaps it is best to look for other explanations. It is possible that the star was an actual astronomical phenomenon.
2) A Conjunction of Planets: The actual phenomenon that occasions this post is the conjunction of Saturn and Jupiter. It was the astronomer, Johannes Kepler who suggested in 1614 that Jupiter and Saturn aligned in their orbits in 7 B.C. Calculating backwards from the date of the death of Herod the Great around 4 B.C., this conjunction would be in the right time frame. The problem with this is the conjunction of Jupiter and Saturn in 7 B.C. was not that close in the sky and would not have appeared as one. There are, however, several other options: a triple conjunction of Jupiter, Saturn and the constellation Pisces, or a conjunction and eclipse of Jupiter and the Moon when it rose in the constellation Ares. Other conjunctions have been proposed, but are probably too late occurring after the death of Herod
3) A One-Time Miraculous Event: Another possibility is to view the star of Bethlehem as a special miraculous occurrence. Since God is able to do what cannot be explained, he certainly could have put a one-time celestial body or some kind of starry object in the sky for the sole purpose of leading the Magi to Jesus. There is no way to affirm or refute this possibility, but in the realm of Christian theology it must remain an option. The question is does God work that way? Miracle is the word we use for unexplained events that we ascribe to the work of God, but is the substance of the miracle to be found in something that goes against the mechanics of creation, or is the miraculous to be found in the acceleration/deceleration of an event or in its timing (a configuration miracle). Were the plagues of Egypt ten one-off unexplainable events, or was the miracle in the timing of these events happening so close together? All of the plagues have occurred naturally on various occasions, except for the death of the firstborn. Miraculous events can happen in various ways.
4) A Supernova: Ancient Chinese and Korean sources record a supernova in the sky which occurred on February 23 in 4 B.C. It is very close to the date of Herod's death, but if the Magi made their trip of approximately 400-500 miles in three weeks or so with perhaps a month of prior preparation, the chronology would still work giving time for the Magi to visit and return, for Mary and Joseph to flee to Egypt with Jesus, and then for Herod's death to occur, the news of which would take some time to reach Egypt. The problem with this view is that Matthew's description of the star does not seem to match the sight of a supernova.
5) A Comet: One last option, and the one I prefer, is that the Star of Bethlehem was a comet. Halley's Comet is not a serious option since it's appearance closest to Jesus' birth was 12 B.C., which puts it too early. But there was a comet that appeared in 5 B.C. and recorded by Chinese sources, specifically in the Han shu, the formal history of the Han dynasty (206 BC-AD 9). The history reports that the comet was observed for over seventy days, plenty of time for the Magi to follow the comet (the star) from their home in Persia to Jerusalem and then to Bethlehem. It is important to note that Matthew nowhere says that the star led the Magi to Jerusalem. Being from Persia (formerly Babylon) and being familiar with the Jewish Messianic expectation of the time from the population of exilic descendants, they would have known Jerusalem was the place to go in search for this newborn Jewish king. It is there that they inquire further for more specifics.
The star then is not so much an astronomical GPS guiding the Magi to their destination. It was the meaning of the comet and previous celestial conjunctions and eclipses (some of them already mentioned) that were symbolic texts that informed the Wise Men that the long-awaited Jewish king had been born. Nevertheless, it is interesting that Matthew tells us that the star stopped over the place where the child Jesus was residing. Could it be that the comet's tail from the vista of a certain standpoint in Bethlehem was positioned straight up seeming to point down to the tiny village? Bethlehem was quite the small and sleepy little place of perhaps a hundred people. It would not have been difficult to find Jesus and his family. Further details make the possibility even more tantalizing, but space in this post does not permit. If you wish to inquire further, I commend to you an article by Colin Humphrey which gets into more specifics. It can be accessed here.
Regardless of what we ultimately make of the Star of Bethlehem, the Magi were seekers. May we be like them and others who seek after the Truth embodied in Jesus, the One whose birth we celebrate. Wise men and women still seek him.
Posted by Allan R. Bevere at 5:00 AM