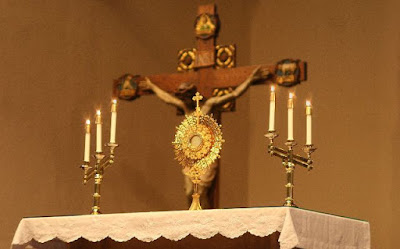 by Rev. Tom Snyder, Pastor Emeritus and Visitation Pastor, First and Christ United Methodist Churches, Ashland, Ohio.
___
Charles V, became King of Spain at age 16, and Holy Roman Emperor at 19. In 1556 at age 56, wearied by wars and reformations, secular and religious pressures, he retired to a secluded monastery at San Yuste for the last two years of his life. Ever the faithful Catholic, the retired ruler was housed in a suite adjacent to the sanctuary, where an opening in the bedroom wall allowed him to view the high altar with the Eucharistic host (consecrated bread) from his bed.
Philip II inherited the Spanish throne from his father and soon built his grandiose palace/monastery, El Escorial, symbolic of His Catholic Majesty's power and faith. Taking a cue from his father, his bedroom was situated so he, too, could view the sacrament from his bed. He viewed the consecrated host when he retired and when he arose. 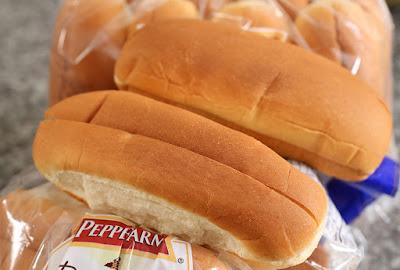 We might interpret this as a somewhat extreme, even superstitious, regard for the communion bread, which these men understood to be the very Body of Christ. As a pastor and celebrant of the Eucharist for over fifty years, even not having the same interpretation of the sacrament, I want to grant these ancient royals some grace. It was their piety, their personal devotion to Christ, which kept them in proximity to the symbols of his presence.
Across the years, I have served as celebrant for countless communion services, in many locations, in churches of other denominations, at weddings, outdoors, at camp, to the dying, but mostly in the congregations I have been privileged to serve. It always moves   my spirit deeply. Let me tell you about the first time I presided at a communion service.
In the summer of 1969, between my last two years of seminary, I served as the student pastor at a vacationers' church at Seneca Lake, near Cambridge, Ohio. I also served a small church near the lake. Since I was a "DSA"-- a district superintendent’s appointment-- I requested permission to serve communion (I was only an ordained deacon at that time). Permission granted, I so looked forward to presiding at the sacrament for the first time. The church had a beautiful antique glass communion set-- the only one I've ever seen. I asked one of the church members, who ran a small mom-and-pop grocery from her home, if she would bake a loaf of communion bread; she agreed. Sunday came: Kitty (we were seriously dating now) and her parents were there, as were mine. Holy gathering, holy moment as I expectantly removed the linen cloth, only to discover that the communion bread was four hot dog buns! It was, to say the least, an early lesson in pastoral aplomb! Hot dog buns and Welch’s grape juice, the Body and Blood of Christ, remembrance, presence, and we celebrated Eucharist.
Over fifty years ago I read church historian Roland Bainton's classic biography of Martin Luther, Here I Stand. One distinct memory from that reading is his account of Luther’s first celebration of the Mass. He was so overcome with the holiness of what he was doing that he nearly passed out. I understand. One of the holiest moments in ministry is when standing as celebrant before the beloved congregation, I pray this prayer in the liturgy:
Pour out your Holy Spirit on us gathered here, and on these gifts of bread and wine. Make them be for us the body and blood of Christ, that we may be for the world the body of Christ redeemed by his blood. By your Spirit make us one with each other, and one in ministry to all the world, until Christ comes in final victory, and we feast at his heavenly banquet.
Little wonder that I am awestruck: inviting the very Spirit of God, to be sacrament ourselves, Christ in and for the world, in community, living in unity, empowered for ministry, propelled toward eternity – all through simple gifts of bread and wine.
This Sabbath is World Communion Sunday. Celebrated in churches around the world since 1940, this is yet another reminder of the length and width, height and depth of God’s abounding love for us that comes through our Lord Jesus, who left us this holy remembrance. Whether with hosts or hotdog buns, Christ is present, and we are blessed.
Faithfully, in love, Pastor Tom+
Posted by Allan R. Bevere at 8:29 AM