Christians and Violence: A Modest Proposal 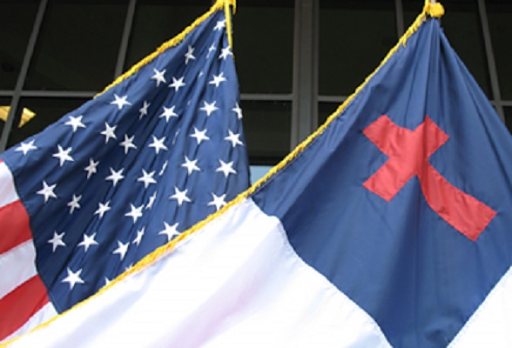 For the church throughout most of its history the question of the Christian and violence has been controversial. Should Christians ever pick up the sword? If they can, is there a limit to the kind of violence they can inflict? If they cannot, can they still support the war effort in non-violent roles (e.g. working in hospitals caring for the wounded)?
For the first three centuries of Christianity, there is little doubt that the church rejected violence and going to war as an option for Christians. Some have questioned this suggesting that the church's prohibition against military service in the Roman army was largely due to the inability of Christians to participate in pagan worship and declaring allegiance to a divine Caesar. Christian historian Ron Sider has effectively countered that latter argument. The first generations of Christians embraced nonviolence as a hallmark of following Jesus.
Nevertheless, a change did happen in the third century. It did not take place overnight; it took some time. But, what John Howard Yoder refers to as a Constantinian Shift did take place when that notable emperor formally codified toleration of Christianity in 313 CE.. Among other things that were changing for the church in that time was the possibility to serve in the military and bear the sword. But once the church began to tolerate and later commend waging war in support of the empire, there still needed to be some rules. When is it acceptable to go to war? Once war is declared how is it to be fought? It was Augustine (354-430 CE), theologian, philosopher, and Bishop in North Africa who would put bones and then flesh on those two questions, which would become known as the Just War Theory and with the passing of time the Just War Tradition.
There are two questions of the Just War Theory/Tradition (JWT) that must be answered in the affirmative for war to be a just endeavor: The first question concerns the acceptable conditions in which war can be declared (Latin, Jus ad Bellum), and the second inquiry concerns how the war is justly prosecuted (Latin, Jus in bello). Joe Carter* outlines both:

It is not the purpose of this post to get into the details of these criteria. The crucial point to be made is that in the history of the church, the burden of proof has rested on those who would wage war, not on those who oppose it. Specific criteria need to be met in order to go to war, and then once the war is being fought, it must be fought in certain ways. Any war that does not meet the criteria of the first question is unjust if war is declared, and any war is unjust if it is fought without regard to the criteria of the second question. These criteria are so important that theoretically once war is being waged, if one side realizes it cannot win the war without fighting it unjustly, the only recourse is surrender. In other words, those who embrace some aspect of the JWT theoretically are situational pacifists. If the criteria are not met, there should be no war. In other words, for pacifists and just warriors nonviolence is the default position.

I cannot speak for war in other religious traditions-- Muslims, Jews, Hindus, and others will have to speak for themselves. But what I can say is that throughout church history, the default position for Christians has always been one of nonviolence. That is the church's natural state. Peace is the normal condition.

Sadly, that has not always been so. Indeed, it seems that for much of the church in America, nonviolence is not the default position. Even from a superficial glance of the church in American history, it appears that the burden of proof no longer rests with those who are beating the drums of war, but those who are opposed. In the lead up to the War in Iraq that began in 2003, it was obvious that those who urged caution were the ones that had to explain themselves. Churches throughout America almost immediately after the drums started to beat, threw themselves into patriotic worship and casting the soon-to-be conflict in terms of holy war. Christians who objected were accused of being unpatriotic and called all manner of disparaging names by other Christians! Pope John Paul II rightly came out in opposition to the war because it did not satisfy the criteria of the JWT (the official position of the Catholic Church) to the consternation of many Catholics in America.

For many Christians today, a just war means nothing more than a war we want to fight, and fight in any way necessary to win. There is no longer any consideration that in order to stay away from noncombatants, we must be willing to sacrifice more of our combatants, not because we want to, but because to target those unarmed would be unjust. No longer is surrender an option if the war cannot be fought justly. We must win at all costs even if more harm is done in winning the war as opposed to suing for peace. Is it possible to imagine during the Gulf War, President George W. Bush going on national television to say," I have consulted with our generals and we have come to the conclusion that we cannot win this war and fight it justly. Therefore, I have sent a communique to Saddam Hussein asking him for terms of peace." Of course, that would never happen, but for those who say they take just war seriously, that truly is an option. Nonviolence is the default position.

That is a long introduction to my modest proposal. My proposal is that for Christians, regardless of their views on the church and nonviolence-- what if all of us could affirm what our historic tradition maintains-- as followers of Jesus, nonviolence is our default position; and those who seek our support in going to war are the ones who bear the burden of proof. What if Christians in all their various understandings of war and violence could sit down and at the very least, say with one voice to the powers, "It's your task to convince us." If we could take that modest step together as Mainliners, evangelicals, conservatives and liberals, we would in a small way be able to bear witness to Jesus as the Prince of Peace; and perhaps there will be a little less bloodshed in our world.
___
* Joe Carter, "A brief introduction to the just war tradition: Jus ad bellum," https://erlc.com/resource-library/articles/a-brief-introduction-to-the-just-war-tradition-jus-ad-bellum/ ; "A brief introduction to the just war tradition: Jus in bello," https://erlc.com/resource-library/articles/a-brief-introduction-to-the-just-war-tradition-jus-in-bello/.
Posted by Allan R. Bevere at 4:00 AM