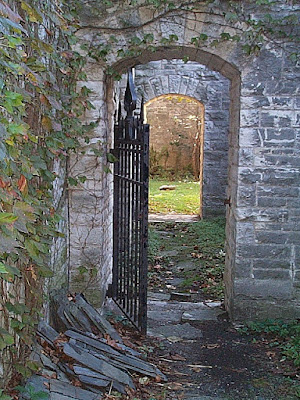 An old Sunday School joke tells of the child who, after attending his first funeral and hearing the preacher intone at the grave, "Thou art dust, and to dust thou shalt return", announced to his mother, "Mommy, I think someone must be coming or going under my bed!" How we arrive and how we depart, our coming and going, mark our lives at every step, and indeed bookend our earthly existence.

Many arrival and departure stories are connected to airports and their large electronic boards which can both reassure us or fill us with dread. A few years ago we arrived at the Akron-Canton airport only to come through the door hearing our names for a last boarding call (we had miscalculated at several levels!), and ended up driving to our destination. When we arrived in Detroit on a flight from Amsterdam in 2014, we were met by the glowing board announcing our next flight had been cancelled; further information told us it was rescheduled for the next day! A resourceful airline representative found us a flight home, arriving at another airport, but departing in forth-five minutes – three terminals away! Kitty and I with our carry-ons, dragging our suitcases behind us, set at least two track records for beleaguered seniors! We arrived home with gratitude.

In my first parish, Dick Bell warmly welcomed and encouraged a very green young pastor and his bride. Then in his eighties, Dick had sung in our church choir for over fifty years. He would stop by of an afternoon, one foot on our porch step, leaning in, pipe smoke framing his cherubic face and sparling blue eyes, haloing his white-fringed head. He always had a good word. His sudden passing that first fall was a huge sadness. When I visited his widow to plan Dick's funeral, I asked Blanche what scriptures she wished read; she took her worn Bible from the table by her chair, memorabilia spilling from it, opened it, and read Psalm 121. She didn't just tell me, she needed to speak the words: "I will lift up mine eyes unto the hills, from whence cometh my help..." "You see", she explained, "we were just new in town during the Depression and Dick worked construction. He took jobs wherever he could get them. Sometimes he would be gone weeks on end, and there I was alone with the two little ones. We lived up on the east side of the river then, and every night I would sit on the front porch swing, an arm around each of the children. I would look toward the hills across the river, sometimes at sunset, and I would recite this psalm, and I knew God was with me." We read Psalm 121 at Dick's service, and hers as well, within the year. Their departures received the benediction which ends that reassuring text: "The Lord shall preserve thy going out and thy coming in from this time forth and for evermore."

A non-Christian religion which has always informed me is Taoism. Originating in China about 500 years before the Common Era, and attributed to the philosopher, Lao-Tzu, it is both a religion and a philosophy set forth in its book of wisdom, the Tao Te Ching.  It is challenging for the Western dualistic, either-or mind, drive for achievement, and urge to dominate. It emphasizes, rather, doing what is natural, and "going with the flow" in accordance with the Tao, a cosmic force which flows through all things and both binds and releases them. It is a balance of giving and receiving, movement and rest; reminiscent of the Christian monastic balance of action and contemplation. I am rereading William Martin’s The Sage's Tao Te Ching: Ancient Wisdom for the Second Half of Life. A passage which struck me as I was thinking about this meditation reads:

"The world wants life without death/and arrival without departure./ The sage knows this is foolishness/ and is always ready to depart and to arrive."

Our human tendency is to cling: we instinctively grab, clutch and hang on. But living so tightly, how will we permit life and all its possibilities to arrive? Chained and anchored, how will we be free to depart? How will we experience the marvelous freedom that comes from living the assurance from the psalmist that "The Lord will preserve our going out and our coming in from this time forth and for evermore"?