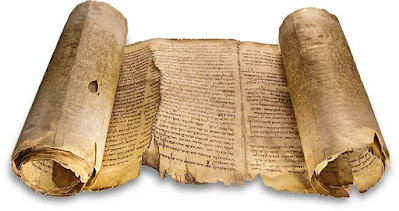 As I have studied Scripture on my own and in seminary, I have come to realize that the Bible is far more complicated and nuanced and messy than my younger self could have ever imagined. My foundations have been filed down and are being rebuilt, slowly, into something more strange and more beautiful. Someday I will be able to coherently articulate how I view Scripture, but there is one thing of which I am absolutely sure right now: it is not simple.

I've heard of an acronym for the Bible: Basic Instructions Before Leaving Earth. While the heart behind this statement might be good, there are a number of things wrong with it. Two are worth mentioning: 1) The Christian life is not all about where we go after we "leave earth", but about the Kingdom of God which has come now and will come in fullness and 2) It is not a straightforward, "basic" list of instructions. It is true that the Bible is instructional in many ways, and there are certainly places in which the Truth of God is clearly laid out, but to boil it down to "basic instructions" is to rob it of its glory.

But it's human nature to want something straightforward. We want to know what is right and wrong and to be able to check off the list that will ultimately make sure that we are good with God. I completely get that, but I think the Bible is meant to form us and that means we must engage with it as it is. Some of the most formative moments spent in Scripture happen when things are just not clear.

My most recent example comes from 2 Kings 10. The word I wrote across the top of the page reads "bloodbath". An extremely short summary: King Ahab was a bad dude and when a new king, Jehu, ascended, he had all 70 of Ahab's sons killed, their heads put in baskets, and piled them at the city gate as a way of demonstrating God’s pronouncement against the house of Ahab.

Upon reading this story, I was, I think, understandably disturbed. Yes, Ahab went against God and justice had to be served against him. Yes, I can academically reason things out and kind of place it in the grander narrative of redemption through which Scripture walks. My seminary degree and commitment to God's goodness has not failed me.

But underneath all my internal dialogue, I just kept picturing seventy young men getting decapitated. Did the massacre happen all at once? Did they have to wait in line for their turn? Were there any among them that might have grown into righteous men if they were given the chance to step out from beneath their father’s prevailing shadow? Try though I did, I was not able to shake the horror my mind's eye conjured. And I don't think that shaking it off was God's plan.

Here we have an example of a story that is not pretty. It is not instructional, at least on the surface (don't go kill the kids of your enemies, for heaven's sake). And it is not something to which you can absentmindedly flip and feel as though God has given you marching orders for how to go about your existence.

I can't shake it, but that's the Bible for you.

While I don't have all of the answers to the questions one might ask about Ahab's sons and God’s role in their extermination, I do know that it drove me to dwell on the pages of my Bible. It drove me to dialogue with the Holy Spirit and with my community. It drove me to want to go deeper, to walk further with my Lord. It wasn't instructional, but it somehow contributed to my holiness.

I think I've come to the conclusion that I want my Bible to be messy. I want to celebrate the human fingerprints that cover divine revelation. I want to delve into underlying meanings, the heart of the text. I want to be uncomfortable with the mass execution of 70 sons and I want to have a God near enough to hear what I think about it. In short, I want the Holy Book that we have.

And perhaps it is so messy so that we can live in it. While Mosaic Law laid out clear do's and don'ts, the ministry of Jesus gave us parables. He drew the people in, he wanted them to sit with His words. He revealed the truths of God by coming into our story and by giving us stories. Now, we get to be a part of something that is not black and white instructional, but flesh and blood relational.

The Bible is messy, but so is metamorphosis. I will probably never get the slaughter of sons out of my mind, but I am also grateful that we have the Word of God, whatever it might be, available to us. Don't try to wriggle it into something it is not–let it disturb you, challenge you, and, in the end, I wholeheartedly believe it will transform you.

Cross-posted from "Reflections on Faith, Words, and The Holiness of Today"