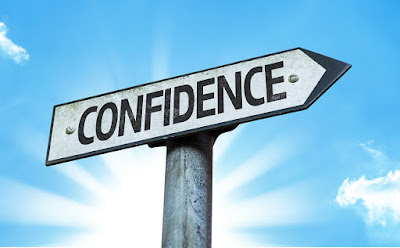 by Lindsey Funtik, Coordinator of Volunteer Ministries, Ashland First United Methodist Church,  Ashland, Ohio
___
With my legs knee deep in a labyrinth of prayer, You reminded me that there is something regal to be found underneath all these layers of broken, normal girl. Even as a daughter of a king is winding her way out of depth and lament and curiosity and doubt, she is still the daughter of a king. Her spine should be straight and bejeweled above the mud that suctions with such conviction; her chin can be high and proud and sanguine and hopeful. A queen is a queen is a queen and there’s no vehement opinion or season of wallowing or unnecessary apology that can alter the fabric of reality. You said I was regal, come what may.
But it seems I hold my scepter in an open palm, ready and willing to hand it to whoever wants to test its weight, to comment on its design. Their reach is always forceful, confident, as if the right to another’s dignity is a holy expectation. I figure that I might as well, that they probably know better, that I guess I’m special in Your eyes but that kowtowing is a bit easier than sculpting words of self-regard on a tongue limp with lack of use.
How to assert what’s true? Is an identity a concrete identity if one has to raise a fuss about its legitimacy? For others, I sing, “Of course! Of course!” but when You preach truth over me I do nothing but demure, or worse, stoke the tiny embers of resentment toward a world into which I have to send reminders of my worth. You might whisper of royalty, but I think it might be safer if I don’t lean into Your lips by my ear; I believe I’m better off insulated with a sugary coating than looking anyone or anything in the eye.
It’s hard to be who You have made us to be.
But, as ever, my mind swirls back around to that ancient Jewish man who was nothing special to behold. Despite the dirty feet, despite the homelessness and the fish smell, despite the cacophony of voices that swarmed in a discordant crescendo to try to tell Him who He was, He remained unphased. He remained confident and sometimes even assertively so. He was the unlikeliest picture of full-blooded majesty and He liked to point out the threads of His own kingly robes when they drifted onto the shoulders of the margins. I want to be like that guy, crown of thorns and all. I want to be like King Jesus.
So I guess I’m requesting the wherewithal to pull back my shoulders and raise my chin now that I’ve left the prayer labyrinth behind for the swamps of daily life as a human that, somehow, is now something far greater through no power of my own. Give me a voice that doesn’t shake and a countenance that does not waver and, when the ever-advancing world draws near, remind me to point to You, then point to me, and be confident.
A queen is a queen is a queen.
___
Cross-Posted from "Reflections on Faith, Words, and The Holiness of Today"
Posted by Allan R. Bevere at 6:26 AM