Can Secularism Exist All By Itself?-- Or, Boring Christians Produce Boring Atheists 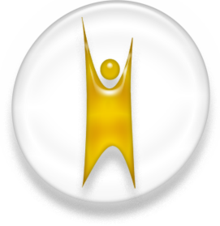 We live in a time when Christianity is on the wane. though that is often thought to be a particular challenge for Christians, I think it is a greater challenge for people who think of themselves as secular. The challenge before the secular is to disavow the continuing reliance on cultural and moral habits that come from Christianity and tell us why, for example, it makes sense to make promises that last a lifetime or to bring children into a world that you think is without purpose.-- Stanley Hauerwas, The Work of Theology, p. 5.
___
I find this quote from Stanley Hauerwas to be quite thought provoking. The current loss of a religious context of Western culture (in this case a specifically Christian context) is understood by most Christians to be a challenge at best and an unmitigated disaster in the making at its worst. Anyone familiar with my writing knows that I have no stake in the project called Christendom that makes something called secularism intelligible. I wish it were possible to kill Christendom tomorrow as it has seriously undermined the theological character and missional nature of the church. Christendom by necessity makes the church the handmaiden of the state making the nation a rival ecclesia and a de facto replacement. Of course, Christendom may be weakening, but it is in no danger of dying any time soon because as I have suggested elsewhere both Christians on the conservative right and the progressive left seemed bound and determined to keep it alive through the coercive politics of the nation state. Scot McKnight rightly notes, "...both the Left and the Right have colonized the faith to a political agenda.... the church is an alternative politic not the feeding ground for the politics of the world."


But Stanley Hauerwas points out that the greater challenge with the decline of Christendom rests upon those who consider themselves to be secular. Can one have the secular without the sacred? Can one intelligibly be an atheist without theism? Stanley writes,


...those committed to a secular perspective can object that they do not believe we live in a world with no purpose, but I am asking how they can avoid that conclusion.... if theism has become hopelessly unintelligible then why should anyone continue to think it interesting to identify himself as an atheist? Atheism only makes sense against the background of some kind of theism. For [atheist] Alex [Rosenberg] atheism is not all that interesting. What Alex finds really interesting are the implications of modern science and, in particular, physics and biology for understanding our position in the universe. According to Rosenberg, those sciences have decisively shown that all that is can be explained in causal terms, which means the fact that we exist is a matter of pure chance. The conscious mind is but the outworking of the chemical processes of the brain. We are not creatures who can act freely, which means any idea that we possess a free will is illusory. Nor does any distinction between right and wrong make sense.

In other words, modern accounts of atheism are parasitic on modern accounts of theism. If Christendom is dying along with its meaning and purpose, then so is modern atheism, which suggests both were seriously flawed in the first place. The fact that the demise of both are interconnected suggests that the existence of modern atheism is an indictment on the character of modern Western Christianity. Stanley notes elsewhere,


Americans do not have to believe in God, because they believe that it is a good thing simply to believe: all they need is a general belief in belief. That is why we have never been able to produce interesting atheists in the US. The god most Americans say they believe in is not interesting enough to deny, because it is only the god that has given them a country that ensures that they have the right to choose to believe in the god of their choosing. Accordingly, the only kind of atheism that counts in the US is that which calls into question the proposition that everyone has a right to life, liberty, and happiness.

One of the challenges Christians confront is how the politics we helped create has made it difficult to sustain the material practices constitutive of an ecclesial culture to produce Christians.

The character of much of modern theology exemplifies this development. In the attempt to make Christianity intelligible within the epistemological conceits of modernity, theologians have been intent on showing that what we believe as Christians is not that different than what those who are not Christians believe. Thus, Alasdair MacIntyre's wry observation that the project of modern theology to distinguish the kernel of the Christian faith from the outmoded husk has resulted in offering atheists less and less in which to disbelieve.


My argument against God was that the universe seemed so cruel and unjust. But how had I got this idea of just and unjust? A man does not call a line crooked unless he has some idea of a straight line. What was I comparing this universe with when I called it unjust? If the whole show was bad and senseless from A to Z, so to speak,funny-photo-man-falling-rain why did I, who was supposed to be part of the show, find myself in such violent reaction against it?  A man feels wet when he falls into water, because man is not a water animal: a fish would not feel wet. Of course I could have given up my idea of justice by saying it was nothing but a private idea of my own. But if I did that, then my argument against God collapsed too—for the argument depended on saying that the world was really unjust, not simply that it did not happen to please my fancies. Thus in the very act of trying to prove that God did not exist-- in other words, that the whole of reality was senseless-- I found I was forced to assume that one part of reality-- namely my idea of justice-- was full of sense. Consequently atheism turns out to be too simple. If the whole universe has no meaning, we should never have found out that it has no meaning: just as, if there were no light in the universe and therefore no creatures with eyes, we should never know it was dark. Dark would be a word without meaning.

The solution for the decline of Christendom is not to continue to care for it and nurse it along in the hope it will eventually come off of life support, but to replace it with a robust form of Christianity that does not need the powers around it to prop it up and give it support. What is needed is a robust doctrine of the Trinity in which Christianity exists only because the triune God exists... or better... is.

Lash notes that the term "theism" originated with Voltaire and denoted one who believed in a Supreme Being as the source of finite existence. It also referred to one who rejected revelation and the supernatural doctrines of Christianity. To put it simply, "theism" and "deism" were synonymous. It was not until years later that the terms became separated and theism lost its pejorative connotations in Christian doctrine. Originally, however, "the 'God' of modern theism was born of a deliberate decision to break with the Jewish and Christian traditions of authorized usage."

There are several things about theism that Lash views as problematic:

1) Theism starts with the assumption that there is a "central core" of beliefs about God that makes Christians, Jews and Muslims all theists. The differing beliefs about God are further additions to one's theistic faith. These further beliefs are where Christians, Jews and Muslims no longer agree. Lash maintains, however, that any belief about God cannot be divided into any kind of "central core" without perverting fundamental Christian, Jewish and Muslim belief about God. Thus a theistic account of God is unacceptable.

2) The God of theism is abstract. Without the doctrine of the Trinity ("as it is employed in defining, determining or shaping Christian life, prayer, action and suffering") "spirit" is an "empty word." It becomes an abstraction situated in the' 'broad framework of Cartesian contractions."

4) Theism says too much about God and makes him an "object" for observation. He is to be "identified, described, compared and contrasted with other objects." God is first of all discussed, then after nothing more can be said, the theist claims mystery. Yet Lash maintains that the doctrine of God's incomprehensibility requires us to confess God as mystery at the outset. Theism operates on a mistaken account of mystery. God does not offer himself for observation. "God is the creator of the world not its explanation; the world's redeemer, not its solution." The theist talks about God too easily. Talking about God is dangerous. God should be discussed not in terms of what he is, but what he is not.

5) For the theist divine attributes are descriptions of God. Originally, however, they were discussions of grammar. They served as protocols against idolatry.

So what does this mean for secularism? Could a kind of tri-atheism exist in opposition to a robust trinitarianism that exercises itself in practical divinity? Of course it is possible, but unlike modern atheism, a tri-atheism would have to be coherent and interesting because it would have to present itself as a serious alternative to a vigorous trinitarianism that manifests itself in a robust ecclesia that exists for its own sake and not for the sake of a nation state considered to be secular.

But even if this were to take place, that kind of secularism would also need Christian faith to be coherent... and to exist. Secularism as an entity all to itself is nonsensical.
Posted by Allan R. Bevere at 6:55 AM

Thank you for this discernment of the truth about the times in which the church is now living. While I fully agree with your perceptions, I would only add that what the church needs in order to be a distinctive community of faith in the world is not merely the doctrine of the Trinity but its entire trinitarian Rule of Faith epitomized by the universal Nicene Creed and the western Apostles' Creed.

Thank you for your comments. I certainly agree.