Who Is This Son of Man? A Reflection for Tuesday of Holy Week 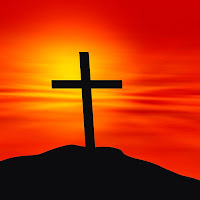 Many years ago when I was a young pastor, I received a telephone call from a parishioner on a Sunday afternoon. She wanted to talk about my sermon that morning. She was disturbed by something I had said. I asked her to tell me what it was that was bothering her. She began to relay to me what she heard that morning. By the time she was done interpreting my words, it was clear that what she had heard was not what I said or at least intended to say. I responded to her saying, "If that is what I had actually said, I would be disturbed too!"


I do not know if she failed to listen as closely as she should have that morning or if my words were not clear. Perhaps it was a little of both. One thing is certain, however, communication can be a difficult thing. We say one thing and people hear something different. All of us bring our experiences to the way we interpret what we hear and read, to what we say and write. Every single person interprets the world through the filters of our experiences-- good and bad.

Up until his crucifixion, Jesus struggled to communicate the nature of his mission. For him Messiahship meant one thing-- suffering and death; for his disciples and the crowds listening and watching, it meant another-- bloody revolution and liberation from Rome.

Jesus's ministry is hurling toward its fulfillment. Jesus publicly lifts his voice to heaven and a heavenly voice speaks. It's audible. The people hear it. They think it is thunder. In their response to Jesus' words, they reveal that they still do not understand the nature of his ministry. Jesus says, "And I, when I am lifted up from the earth, will draw all people to myself." The lifting up is a glorification, but not in the way human beings often think of glory. His glory will be revealed when he is lifted up on the cross-- bruised, broken, and humiliated.

"Who is this Son of Man?" It's a designation Jesus often used to refer to himself, but the people not only misunderstand the nature of his ministry, the do not even realize he is referring to himself. Talk about communication problems!

The phraseology "Son of Man" comes from the Old Testament. It is a way of saying "human being," at times used to emphasize human mortality, to focus on the person as merely human. God shows the Prophet Ezekiel a valley filled with dried bones. God says to Ezekiel, "Son of Man can these bones live?" (Ezekiel 37:3). And Ezekiel the Son of Man, the Mortal, responds in the only way human beings can. "Lord, you alone know."

But for Jesus, the title Son of Man is used not to express his mortality, though he will shortly die, but to say something about himself that is more than human. Jesus appears to be utilizing chapter 7 of the Book of Daniel and applying it to himself.

As I watched in the night visions,

I saw one like a Son of Man
coming with the clouds of heaven.
And he came to the Ancient One
and was presented before him.

To him was given dominion
and glory and kingship,
that all peoples, nations, and languages
should serve him.
His dominion is an everlasting dominion
that shall not pass away,
and his kingship is one
that shall never be destroyed (Daniel 7:13-14).

During his ministry, Jesus asked his disciples. "Who do people say that I am?" The disciples respond with all the latest from the rumor mill. "You are one of the prophets or John the Baptist back from the dead." Then Jesus asks the disciples directly, "Who do you say that I am?"

Who is Jesus? Who is this Son of Man? The answers given to that question have not changed through the centuries. People have all kinds of opinions as to who Jesus is. Jesus is just as misunderstood today as he was during his earthly ministry, but the answer to that question matters. Not all answers are right. We don't get to decide who Jesus is; we have to accept the Jesus who is. Jesus did not come to conform to our expectations. He insists that we conform to his expectations of us.

Who is this Son of Man? During this Holy Week we are once again confronted with that all important question. The answer we give matters. It is an answer of eternal significance.
Posted by Allan R. Bevere at 7:00 AM

You write so thoughtfully and challengingly! Thanks for interpreting these Scriptures so clearly and compellingly! I've often read these same verses during Holy Week during the course of my own decades of ministry; but these vss. never get worn out or old or lose their powerful impact (upon me); thank God!! Keep up the faith-building work, my bro in Christ!