In Defense of Christian Tribalism: A Lectionary Reflection on a Corinthians 1:10-18 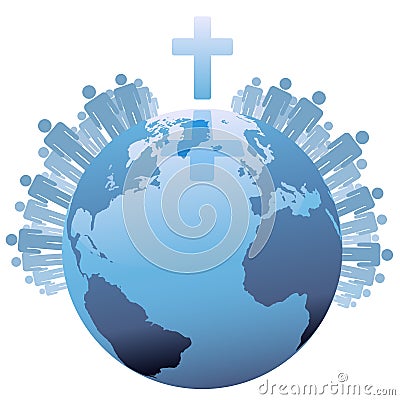 The church in Corinth was divided over many things: worship, spiritual gifts, sex, social status and more. They are Divided with a capital D and unified with a lowercase u... if even that. They are even divided over the sacraments of Holy Communion and baptism. Paul will address the problem the Corinthians have at the Lord's Table in chapter eleven, but at the beginning of the letter he takes aim at how the Corinthians have used even baptism-- the equalizing rite of initiation for all Christians-- into a spiritual competition that is anything but unifying.


For it has been reported to me by Chloe’s people that there are quarrels among you, my brothers and sisters. What I mean is that each of you says, 'I belong to Paul', or 'I belong to Apollos', or 'I belong to Cephas', or 'I belong to Christ.' Has Christ been divided? Was Paul crucified for you? Or were you baptized in the name of Paul? I thank God that I baptized none of you except Crispus and Gaius, so that no one can say that you were baptized in my name. (I did baptize also the household of Stephanas; beyond that, I do not know whether I baptized anyone else.)

By the time of 1 Corinthians, Paul may have already written Galatians, but if not surely the church by that time would have utilized some form of the baptismal formula Paul refers to in Galatians 3:28-- "There is no longer Jew or Greek, there is no longer slave or free, there is no longer male and female; for all of you are one in Christ Jesus." Baptism was an initiation into a new community in which all the distinctions so important in the world no longer mattered. The dividing walls of class and ethnic loyalties that divided people even to the point of hostility had been erased in the cross and resurrection of Jesus Christ.


And yet, the Corinthians found a way to make baptism another wall in which to divide people into additional worldly tribes. Apparently, being baptized by Apollos or Paul or Cephas was more significant than being baptized into Christ as if Paul's baptism was more effective than the baptism offered by anyone else. Perhaps there was even some bragging as to whose tutelage was more authoritative, like a graduate student might brag about their adviser who is internationally known. If the Corinthians are divided over baptism, the beginning of this new community, this new humanity, is it any wonder they are divided over a whole host of things?

The temptation Christians in the twenty-first century West have to resist is interpreting such passages as 1 Corinthians 1:10-18 as universalizing and thus rendering the particulars as not only unimportant, but in the way. For Paul, the gospel is indeed universal, but that universal can only be understood in the particulars of the life, death, and resurrection of Jesus and his Messiahship. Paul would not have understood our abstracting away of Jesus as Israel's Savior in favor of some general idea of Jesus as the teacher of love. The gospel does not start with love. It starts with Jesus by which love is radically redefined. Let me be more succinct. The one word that defines Christianity is not "love." It is "Jesus." And it is only by the latter word that we can make sense of the former.

In 1 Corinthians 1:10-18, Paul is rejecting the tribalisms of the Corinthians church in favor of the one true tribalism of following Jesus. Such tribalism rejects all worldly attempts to wall off Christians from each other-- nationalism, ethnic loyalties, social status, economic class-- in favor of a truly universal humanity where all, regardless of station in life are welcomed to the waters of baptism by virtue of their faith in Jesus Christ alone. But only the particular of Jesus Christ-- his life, death, and resurrection-- can make that universal vision possible. Only the church is and can be a truly transnational community. Jesus is the universal Lord because he is the Messiah of Israel.

That's why Paul acknowledges that the message of the cross is foolishness to those who are perishing. It is a rejection of all earthly loyalties insisting that only one loyalty matters. Only that loyalty can save the world. The Church of Jesus Christ is the Tribe that renders all other tribalisms obsolete.

This is not only foolishness to unbelievers; it is sadly unreasonable to Christians who still want to hang on to all the worldly tribal loyalties that Christ died to abolish; and to those who think the particulars of the gospel need to be abolished in favor of a sentimental universalism with the consistency of Jello.

Jesus is Lord. May Christ's Church-- Jesus' tribe increase.
Posted by Allan R. Bevere at 6:00 AM