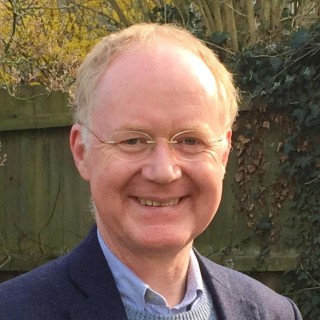 "The relativism which is not willing to speak about truth but only about ‘what is true for me’ is an evasion of the serious business of living. It is the mark of a tragic loss of nerve in our contemporary culture. It is a preliminary symptom of death."

"When the Church tries to embody the rule of God in the forms of earthly power it may achieve that power, but it is no longer a sign of the kingdom."


"One does not learn anything except by believing something, and-- conversely-- if one doubts everything one learns nothing. On the other hand, believing everything uncritically is the road to disaster. The faculty of doubt is essential. But as I have argued, rational doubt always rests on faith and not vice versa. The relationship between the two cannot be reversed."

"A person who wields power cannot see truth; that is the privilege of the powerless."

"Through the repeated hammer blows of defeat, destruction, and deportation, interpreted by the faithful prophets, Israel has to learn that election is not for comfort and security but for suffering and humiliation."

"Part of the terrible irony of war is that it enlists the best in human nature for purposes of mutual destruction."

"The attempt to interpret human behavior in terms of models derived from the natural sciences eventually destroys personal responsibility."

"The gospel is not just the illustration (even the best illustration) of an idea. It is the story of actions by which the human situation is irreversibly changed."

"The resurrection is the revelation to chosen witnesses of the fact that Jesus who died on the cross is indeed king - conqueror of death and sin, Lord and Savior of all. The resurrection is not the reversal of a defeat but the proclamation of a victory. The King reigns from the tree. The reign of God has indeed come upon us, and its sign is not a golden throne but a wooden cross."

"In the twentieth century we have become accustomed to the fact that - in the name of the nation - Catholics will fight Catholics, Protestants will fight Protestants, and Marxists will fight Marxists. The charge of blasphemy, if it is ever made, is treated as a quaint anachronism; but the charge of treason, of placing another loyalty above that to the nation state, is treated as the unforgivable crime. The nation state has taken the place of God."
Posted by Allan R. Bevere at 5:00 AM