The Parable of the Good Samaritan for Today 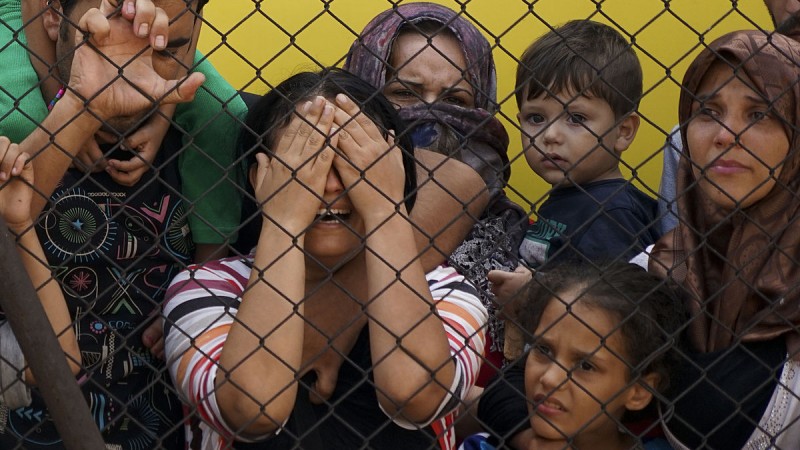 A family was travelling from Guatemala to the Texas border. They were fleeing for the safety of their daughter from drug lords and human traffickers. Once at the southern border they fell upon ICE agents who separated the daughter from the parents and put them in separate detention centers. The child slept on a cold, damp floor, could not shower or brush her teeth, nor was she given a change of clothes, and sometimes was offered very little food for the entire day.


A Mainline Protestant Christian was passing by that detention center and saw the girl outside behind the fence sitting alone in the corner obviously in distress. Her heart went out to the girl and she thought, "What can I do? I know. I will go home and post my outrage on social media so I will feel morally superior to those who promote such policies and feel righteous in my slacktivism." So, she passed by on the other side.

Not long after, an evangelical Christian also came upon the girl sitting behind the fence in the corner. He too saw her plight and briefly felt a twinge of sorrow for her, but immediately thought, "Well, her parents shouldn't have brought her here illegally." (Of course, they did not break the law in presenting themselves for asylum. In fact, they were following the law, but the evangelical did not want to be confused by the facts. It was easier to label something "Fake News.") So, he too passed by on the other side.

A little while later a Muslim happened upon the detention center and when he saw the young girl in the corner, his heart went out to her. He did what was necessary to get her out of that center and paid much money in the process (Many of these centers are privately owned and make more money from the tax-payers the longer asylum seekers are detained.) He took the girl, fed and clothed her, and embarked on a search to find her parents, for they were unceremoniously dumped on the streets of a Texas city having no idea where to find their daughter. The angels in heaven rejoiced at the reunion of this family all because of the good Muslim.

Now, which of the three do you think was a neighbor to this family?
Posted by Allan R. Bevere at 6:51 AM