Fifty Years Ago, the Apollo 10 Made Apollo 11 Possible 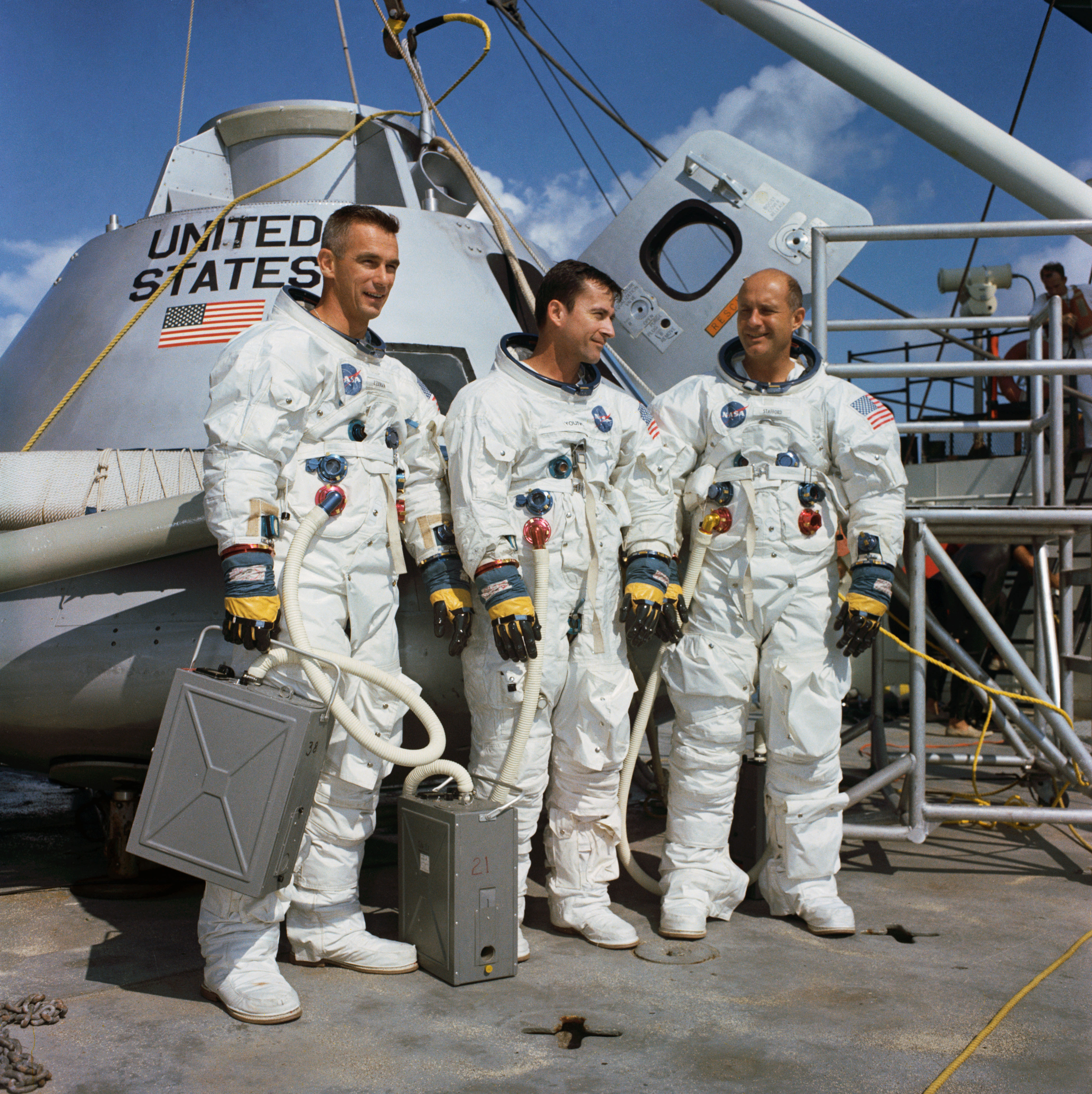 from Jim Bell, The New York Times:
___
Soon we will recognize the 50th anniversary of the first humans to walk on the moon.

We remember and celebrate the heroism of the Apollo 11 crew: the humility of Neil Armstrong making those first bootprints; the cool bravado of Buzz Aldrin during the critical moments of the Eagle lander's final descent; and, the lonely vigil of Michael Collins in orbit above his mates, waiting to bring them back home.

But we also need to celebrate the many pathfinders who made this historic mission possible. Among the most critical were the crew of Apollo 10, who were asked to perform a full dress-rehearsal of the Apollo 11 mission just two months beforehand. Commander Thomas P. Stafford; John W. Young, the command module pilot; and Eugene A. Cernan, lunar module pilot, did almost everything that Aldrin, Armstrong and Collins did, but they stopped just before landing on the moon.

Imagine if Ferdinand and Isabella had sent a ship to the New World in 1491 and asked its captain and crew to find new lands to the west without getting out of the ship to set foot on them, because the next captain and crew were scheduled to do that in 1492.

Or picture President Thomas Jefferson sending a party to scout passage to the Pacific Ocean in 1803, then saying, don't touch a thing, especially not the ocean-- because Lewis and Clark are scheduled to do that the following year.

It seems unfathomable, to go all that way, to take all of those risks and then pull back, not grabbing the brass ring and reaping the rewards. In a sense, though, those were the instructions, and that was the burden, borne by the relatively unheralded crew of Apollo 10 fifty years ago this month.
___
The rest of the article, "Why Apollo 10 Stopped Just 47,000 Feet From the Moon," here.
Posted by Allan R. Bevere at 8:00 AM