The Politics of Holiness and Hospitality: Can "Make America Great Again" Be a Christian Position?-- The Old Testament 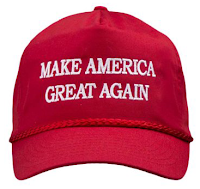 When one reads the Old Testament narrative, two things are clear: First, Israel is called as God's people to be an alternative to the nations of the world, living in holiness, that it might be a witness to the other nations of the world giving testimony to the ways of the Lord. They were to cultivate what Timothy Gombis calls a "politics of holiness" (Timothy A. Gombis, The Political Vision of the Apostle to the Nations p. 77.) that would set them apart as what Jesus refers to in the Sermon on the Mount as "a city set on a hill" that shines its light for all to see (Matthew 5:14).


Second, time after time Israel failed to be that light. In their way of life God's people demonstrated to God that they were not living as God's alternative nation, but had become like the very nations that needed conversion. The people sincerely believed they were holy by being faithful in worship and catching photo ops with the praying President... I mean praying king... in the Oval Office... I mean the palace, but Amos told the people in no uncertain terms that God was not impressed. Through the prophet God states,

I hate, I despise your festivals,
and I take no delight in your solemn assemblies.
Even though you offer me your burnt-offerings and grain-offerings,
I will not accept them;
and the offerings of well-being of your fatted animals
I will not look upon.
Take away from me the noise of your songs;
I will not listen to the melody of your harps.
But let justice roll down like waters,
and righteousness like an ever-flowing stream (Amos 5:21-24)

Here is what Gombis has to say about Israel's compromise with paganism.


Rather than being a light to the nations, Israel wanted to be like the nations. Rather than cultivating a politics of holiness, they mimicked the corrupt political, economic and social practices found among their idolatrous neighbors. They practiced injustice, exploited the weak and defenseless, and adopted the worship of the gods of the nations.

Every one of these things Gombis mentions is condemned in the Book of Amos and throughout the Old Testament. It could be said of ancient Israel that they talked the talk, but didn't walk the walk.

In addition, to their failure to practice a politics of holiness Israel failed at the politics of hospitality and took a judgmental posture toward other peoples that insured they could not be a light to the nations. In God's love for the world, God called Israel to embody an existence that would draw all the nations to Israel's God. But Israel took its calling as a privilege instead of a responsibility; and they came to despise "those people" whom God loved.

We see this tension between chosenness as a privilege versus responsibility playing out in the Old Testament itself. The Book of Ezra represents the point of view of exclusion of the Gentiles for the sake of maintaining the ethnic and therefore covenantal purity of the people of God. (William Sanford La Sor, et al, Old Testament Survey, p.  656.) During the exile the Jews were convinced that their Babylonian captivity was the direct result of their failure to keep the covenant as explicated in the Law of Moses. They had compromised with paganism, just like King Ahab who married the foreign Queen Jezebel. Ahab became the epitome of Jewish compromise and Jezebel had come to be seen as the exemplification of the kind of paganism that Israel could not tolerate. Even ethnically mixed marriages were suspect because of the fear that paganism would be reintroduced into a post-exilic Jewish population.

Not only were future mixed marriages prohibited, but current marriages were dissolved and all foreign women and wives were sent away (Ezra 10:19, 44). The just concern to maintain the covenant was now being manifest in ways that undermined the covenant. Once again, the people were forgetting that their way of life made it possible for them to be a light to the nations, not an excuse for privilege and walling the people of God off from the nations. Their witness of hope was once again being abandoned out of fear of others in the hope of maintaining their ethnic identity.

The Book of Jonah could have been written by a Jew in response to fellow Jews, who viewed their calling as a divine status symbol instead of as their motivation to mission in the world. After attempting to flee from the task God had given to him to preach repentance to the people of Nineveh, Jonah fulfilled his task reluctantly, and when the citizens of that great ancient city repented, Jonah was not happy.


But this was very displeasing to Jonah, and he became angry. He prayed to the LORD and said, “O LORD! is not this what I said while I was still in my own country? That is why I fled to Tarshish at the beginning; for I knew that you are a gracious God and merciful, slow to anger, and abounding in steadfast love, and ready to relent from punishing” (Jonah 4:1-2).

Jonah represents those Israelites who had come to view the nations, the Gentiles, in a disparaging way-- as "those people" worthy only of judgment and destruction. The writer contrasts this view with the very God that Jonah worships as one who is more than ready to forgive and welcome all who repent. The Book of Jonah is a challenge for God’s people to be a light to the nations through its witness.


You want to cast the president [Trump] as a biblical figure? Forget the facile and outlandish associations with Cyrus or Nebuchadnezzar. Nehemiah's your man. The guy wanted to make Jerusalem great again by building a wall. His closest political allies were religious leaders fixated on preserving the racial purity of the nation, who feared that mixing the "holy seed" with other people endangered the nation (Ezra 9:2). He purged the covenant community "from everything foreign" and separated families to do it, while his supporters justified the agenda by proof-texting and weaponizing Scripture (Nehemiah 13). To top it off, he had an uncommon tendency to boast about everything he'd done.

And no, I don't think that we are to emulate his example.

The great irony of Israel's post-exilic history is that in walling themselves off from the nations in an attempt keep the people pure and their way of life from being corrupted, they had to engage in the very same practices the Old Testament condemns, making them in effect like all the other nations. In their failure to be hospitable, they failed to be holy. In their attempt to make Israel great again, they continued in the ways that led them into exile in the first place.

And when Jesus comes on the scene in the first century A.D. like his prophetic predecessors, he will have none of it.

More on that in the next post.
Posted by Allan R. Bevere at 5:00 AM