Who Do You Say That I Am? The Answer Matters 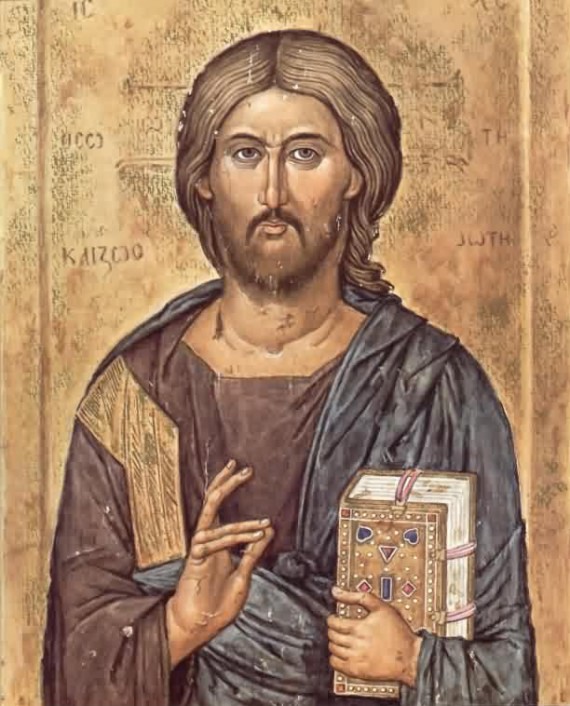 Once when Jesus was praying in private and his disciples were with him, he asked them, "Who do the crowds say I am?"

They replied, "Some say John the Baptist, others say Elijah, and still others that one of the prophets of long ago has come back to life."

Peter answered, "The Christ of God."

Jesus strictly warned them not to tell this to anyone. And he said, "The Son of Man must suffer many things and be rejected by the elders, chief priests, and teachers of the law, and he must be killed and on the third day be raised to life" (Luke 9:18-22).


It matters who we believe Jesus to be. There are those who think otherwise. I was speaking years ago with a fellow pastor, who said to me as we were having a discussion over the topic of some scholars who doubted that anything the Gospels said about Jesus could be trusted, “Well, what does it matter whether my Jesus is the same as your Jesus, as long as we both believe in a Jesus?”

Modern rationalism divorced reason from matters of faith because it was believed that faith could not stand up to the rigors of the human intellect. So, it relegated such matters to personal experience, essentially pushing statements of faith and doctrine to the realm of emotivism; that is, to affirmations as nothing more than personal preference. It was believed that such a move would make it possible for modern and enlightened people to continue to believe in Christianity without having to subject it to the falsification of scientific inquiry. Thus essential and long held doctrines became optional.

And many Christians have bought into such problematic thinking. Continuing to accept some form of the deeply problematic Jesus of history/Christ of faith distinction, it is believed that the Christ of faith can somehow be of value without knowing, or having to know, if we even can know, the Jesus of history; or we can pick and choose what kind of Jesus we want, when we would prefer not to have to grapple with the biblical record. We choose those sayings and deeds we like and simply discard or ignore the rest, effectively taming Jesus by putting him on our religious leash. We thus make the Messiah after our image and after our likeness. We find, then, that all we are left with is my view of Jesus and your perspective on Jesus, which are both valid, whether or not either portrait of Jesus even comes close to looking like the real Jesus.

Had Jesus held such a view, it would have made no difference to him how others viewed him-- as John the Baptist, Jeremiah, or anyone else, for that matter. But in asking the question, Jesus did seem to think the answer was important, and he did appear to believe there was a correct answer to the question he asked. The Gospel writers themselves understood him in this way, for the Synoptic Gospels (Matthew, Mark, and Luke) place this scene at a critical juncture, a turning point in their accounts.

What we should seek is not a rational view of Jesus, but a reasonable one, one that makes sense, but one that will always move beyond the knowable. Faith is not opposed to reason. Without faith, reason can find no ultimate answers. Without reason, faith is just another term for intellectual suicide. The Gospel writers present us with four different portraits of Jesus, unique in their own way, but ones that nevertheless cohere into one grand picture that allow us to correctly answer the question, “Who do you say that I am,” not only with our feelings and experience, but also with our minds. God created that last one too.

“Who do you say that I am?” The question does matter. It is possible to answer incorrectly.
Posted by Allan R. Bevere at 5:00 AM