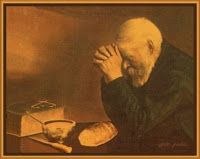 When you arise in the morning, think of what a precious privilege it is to be alive—to breathe, to think, to enjoy, to love. –Marcus Aurelius

I have this quote on a card in my office at home where I can see it from my desk. It is one of my favorites.

Why is it that some people live their lives in gratitude and generosity, while others are seemingly ungrateful and stingy? I think the critical element is to be found in this quote from Marcus Aurelius.


Grateful people know that life is not something they deserve. Every new day is received not as payment on a debt owed, but as a gift given for no other reason than the One who gives it wants to do so. Even each breath is taken not as something only understood physiologically, but as a reminder that the One who gives each day is also present in each moment. Grateful people are astonished by the blessings they have received because they know that such joys are not deserved. Thus, persons who live their lives in gratitude focus on what they have been given, not on what has been denied.

Grateful people have no sense of self-entitlement. They do not ask what other people, the government, and the rest of the world owe them. Instead they ask what it is they owe to others, not because they must pay a debt they have not incurred, but on account of the fact that they want to reflect the character of the One who has so blessed them.

Grateful people can be found among the rich, the middle class, and the poor. Their ungrateful counterparts also know no social and economic boundaries. I have known very wealthy people who, in their gratitude, give out of their substance, and I have witnessed those who, in their poverty, have gratefully given out of what they have to live on tomorrow. I have also seen those who are quite rich refuse to be generous because, as they say, “That’s what I pay my taxes for!” Their ungrateful but impoverished counterparts emulate them in focusing only on what they think others have denied them. In resentment over the “blessings” they have not received, it never occurs to them that, even in their want, they can still find ways to bless others.

Grateful people embrace the generous wastefulness of God’s grace, and then pass that grace on to others, reveling in the joy of astonishment they have experienced.
Posted by Allan R. Bevere at 5:00 AM