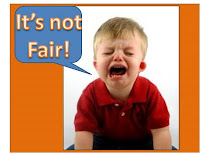 We want justice; we want fairness. When justice is not served and when fairness is not implemented, we feel that something is clearly amiss. The parable of the laborers in the vineyard is about justice and fairness, but on God's terms.


A landowner had a large vineyard and it was harvest time. He went out early in the morning to the marketplace to hire workers. The marketplace, which the Greeks and Romans called the "agora," was the center of activity from the smallest town to the largest city. The marketplace was where all kinds of things could be purchased, most importantly food, but clothing and other necessities of life and perhaps some luxuries were available as well. It was the place where the women would come early in the morning to draw water from the town well for the day's use; and as they filled their jars, they socialized. The men would gather at the agora to talk about the latest news, including politics. The marketplace was also the default employment agency. Laborers went to the marketplace to be hired and those needing laborers went to the agora to hire them.

The landowner of Jesus' parable goes to the marketplace at 6:00 a.m. The average workday in Jesus' world lasted from sunup to sundown. The landowner hires workers and in return for their labor he will pay them the usual daily wage, which was a small coin called a denarius. Most people in Jesus' day lived hand to mouth. In exchange for a day's work, they received basically what they and their families could live on for a day. So, after one day's work, if there was no work the next day, they went hungry. Sometimes someone was lucky enough to make a little more than a day's wage at a job, and if that worker was smart he would stash away the remainder for leaner times, but in general in Jesus' day there really was no middle class-- there were the few who had wealth, and everyone else who looked forward only to their daily bread.

The landowner discovers that he has not hired enough workers, so he returns to the marketplace at 9:00 a.m. and hires more workers telling them he will pay them "what is right." The landowners perhaps realizing that he has underestimated his bumper crop of grapes returns to the marketplace at noon and then again at 3:00. Finally at 5:00 p.m., one hour before quitting time, he comes upon men still at the agora waiting to be hired. He cannot understand how it is that they are still unemployed from the day's work. No one has hired them. Perhaps they were the kind of people no one wants to hire. Possible they are the kind of people we see wandering around the streets of our cities. The landowner hires them for one hour of work.

When quitting time arrives, so does payday. For some unknown reason the landowner wants the last workers to be paid first. When workers who worked only for one hour received a denarius, a daily wage, those who had worked all day assumed they were going make big bucks that day. If the landowner would pay them what is fair, he would give them twelve times the daily wage. Almost two weeks worth of wages for one day's work! Who would not be excited about that? But much to their shock, disappointment, and anger, they receive the very same wage as those who worked only one hour.

They appeal to the landowner and his sense of fairness. "How can you pay those of us who have labored and sweat in the sun all day the same wage that you paid those who worked only one hour?" Is there anyone who cannot understand the complaint? But the all day laborers were looking at justice and fairness only through lens of that they thought they were owed; they were not looking at what was fair for those one-hour laborers and their families.

The landowner reminds his tired and sweaty workers of two important things. The first is that they agreed to work for the usual daily wage; the landowner had done no wrong to them. He fulfilled the agreement they had made early in the day.
.
Many years ago, I knew a young man who justified stealing from his employer because the company didn't pay him what he thought was fair. In the midst of conversation about it, I asked him if he agreed to the wage he was being paid. He answered affirmatively. I responded that he had accepted what was offered and there was no justification for stealing as a way to make up what he thought he deserved. If he wanted a pay raise, he needed to approach his employer.

We human beings can rationalize all kinds of bad behavior when we have not received what we think we deserve. We agree to something, but think we should get more, so we take more when we can get it using the stinginess of others as an excuse. The landowner was making good on his agreement with his all day laborers. They had nothing about which to complain.

Secondly, the landowner reminds the workers that what he has to give is his and if he chooses to be generous with his one hour workers, that was is his prerogative. The all day laborers were so self-focused on what they thought they deserved, they could not see that the landowner was being generous to those who worked late because they too needed to support their families. It was not as if these last workers wandered into the marketplace late. They had been there all day waiting to be hired. Their children were not going to be any less hungry than the guys who worked from sunup to sundown. What good would one twelfth of a day's wage do for a man with a family to feed? The landowner did not cheat the all day laborers, he showed his generosity to those who came late.

Some folks spend too much time being worried about what everyone else has. They are more worried about what their co-workers are being paid than whether or not they are working hard. They are more interested in all the things the neighbor has that they don't instead of being grateful for the blessings they have received. Persons who have a "me first" mentality lack gratitude because they are focused only on themselves whining about being treated unfairly, instead of looking to others who have needs as well.

G.K. Chesterton stated, "Gratitude is the mother of all virtues." Instead of wanting birthday presents every year, Chesterton said that all human beings ought to thankful for the one, great birthday present of being born. An attitude of gratitude in those all day workers would have elicited thankfulness that they earned money to feed their families for one more day, and that all the workers in the vineyard could go home that day and provide daily bread for their families.

Citizens of the Kingdom of Heaven reflect the attitude of gratitude because they know that what they have receive from God is purely by grace; therefore they are not envious when God shows that same grace to others.

Are we genuinely concerned that others receive what is fair for them and what is truly just for them; or do we only compare their fairness and their justice with what we think we are owed? If we do the latter, not only will we walk through life feeling like we have been treated unfairly, but we will not be able to rejoice in the gifts that those around us receive.

That is not the way of God's Kingdom citizens.
Posted by Allan R. Bevere at 6:00 AM