The Brave Person Knows Fear the Coward Never Will 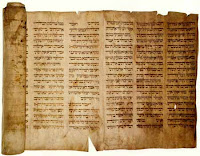 I love the Book of Esther. I realize the climax of the story (9:1-17) is morally problematic, but I think the character of Esther generally is to be admired. Here was a young woman who had no say-so over her life, as most women in that time and place; and yet, for Esther it was even more so. Choices were made for her all her life and now she was faced, for the first time, with a monumental decision, one that was a matter of life and death for her. And yet, she realized that while she had a choice, honor and character demanded that once again there was no option before her. She must go to the king, and risk herself for others. There were no other options and she knew that as she uttered her last words to her uncle before going to see the king, "If I die, I die."


The brave person knows the kind of fear the coward never will. Courage demands not options, not choices. Virtuous action, acting rightly, often does not increase our options, but restricts them. Esther acted courageously in doing what she had to do. She did what virtue required with no guarantee of success.

Alex Ozar reflects on the Book of Esther and its place in the canon. He writes,


Esther is a remarkable book in the context of Scripture, precisely because it hardly seems scriptural—there are no overtly religious themes, no miracles, sermons, or prayers. God's name is not mentioned even once in all of Esther, the only book in the Bible of which this is true. And indeed, Esther's status as part of the biblical canon was still being debated by the Talmudic rabbis as late as the 4th century a.d.—the better part of a millennium after its composition.

The story's climax finds Queen Esther in a nervously indecisive state: She understands the necessity of interceding with the king, but fears doing so, because entering the king's inner court without invitation was an offense punishable by death; securing only a mere chance at salvation meant subjecting her life to the roulette wheel of the king's whim.

Mordechai does not offer a confident forecast or any assurance of success, but only the simple imperative of covenantal fidelity; Esther's choice was between commitment to God and his people through thick and thin, or else allowing her and her family's identity to dissipate quietly into the anonymous winds of history. Lacking the light of prophecy, all Mordechai could muster in regard the particulars was a cautious "who knows." But of the basic reality of God's enduring promise he was quite sure, and it was that faith which he communicated to Esther and which ultimately flowered into salvation.

The Book of Esther, then, is indeed exceptional in the context of Scripture, but exceptional in a way that proves the rule: In the waning twilight of the prophetic age, God's presence and governance would no longer be transparent to the eye, but they are no less real for the wear. Readily apparent or not, the core import of the Hebrew Bible–God's covenant with Israel–lives on uncompromised.

These are important words to ponder in our day and age when people question whether God's presence and governance are indeed active. In faithfulness we move forward; for God's covenant remains with us, whether or not we have a clear word from the Lord, whether or not our actions are deemed "successful." In the end, obedience to God does not require that we achieve the ends we hope for, but that we act faithfully before God.

Had Esther been executed for visiting the king uninvited, she would have remained faithful. There is indeed good reason why believers hold their martyrs in such high esteem.
Posted by Allan R. Bevere at 6:00 AM