The Art of Persuasion Is Not About "Winning" Arguments 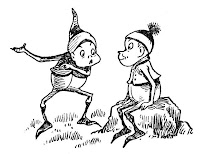 ___
How should believers in freedom try to persuade other people to share their beliefs? Many people believe that they should come up with good arguments, great examples, and moving stories. All of those work-- some of the time.

Are there other ways of persuasion that work? I think so. One way, paradoxically, is to give up trying to persuade and instead ask questions. Another way is to settle for one tenth of a loaf. But first, let's consider why it's so hard to persuade our fellow humans.

Libertarians face the same problem faced by anyone who tries to change people's minds: most people are strongly attached to their ideas. Michael Walker, formerly the executive director of Canada’s Fraser Institute, once recounted to me a conversation he had had with Friedrich Hayek. Michael had told Hayek how frustrated he was that some of his best logic and evidence seemed to fall on deaf ears. Hayek smiled as if he had heard that complaint hundreds of times. He probably had. Then he said, "One of people's most treasured forms of private property is their ideas. So when you convince them that an idea they had was wrong, you have caused them to suffer a capital loss."

There's a lot to that. I rarely run into people who, when convinced that something they believed was wrong, react with delight. There’s usually some degree of mourning for their "capital loss."

That suggests that, at a minimum, you should try to persuade people gently: let them realize their capital loss gradually.

But there's more to say. One thing I've noticed over the years is that effective persuaders often sway others indirectly, simply by asking good questions.
___
The entire post can be read here.
Posted by Allan R. Bevere at 2:00 PM