Some Things Are "Just in the Blood" 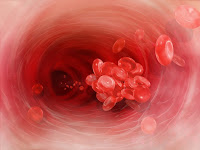 From the time he was young, C.S. Lewis loved imaginary lands inhabited by clothed animals. When he was just six years old he began his writing career creating the imaginary world called Boxen. Along with his brother Warren (Warnie), Lewis filled that magical place with all sorts of animals dressed from different times in history, but in particular he emphasized costumes from the medieval period. His brother Warnie wanted the animals' dress to be more contemporary.


So, Lewis set out to write the history of Boxen with characters moving from the past into the present and updating their dress as each animal moved through time. The young Lewis would not complete the project. He found it too difficult to make up histories extemporaneously and then attempting to parallel their lives in the present. But one thing was clear. Such imaginary places and characters were in his blood from very early on as he read books from his father's extensive library.

It should come as no surprise that later in life the adult C.S. Lewis would set out to write of a magical land called Narnia, accessed by children through through a wardrobe... a land filled with all kind of animals real and mythological. It should also come as no surprise that with his adolescent interest in medieval costume, that Professor Lewis was an expert in the field of medieval literature and taught it at Oxford University and later Cambridge.

Some things are “just in the blood.” Some people become doctors even though they gave no thought to medicine in their younger years, but other physicians will say that from the time they were young, all they ever wanted to be was a doctor. In every profession, there are people who seem to have been specifically made for their profession, their vocation. It's not the case that those who never considered their profession when they were young are less called to it. Nevertheless, some just seem to be born to something specific. It's so part of the fabric of who they are, no other options are possible. The road they are set on has no detours or side roads. It's a life's highway with no exits and they travel it with a singular passion.

Lewis says that the problem with human beings is not our passions, but that we direct our passions toward the wrong things. He writes,


If there lurks in most modern minds the notion that to desire our own good and earnestly to hope for the enjoyment of it is a bad thing, I submit that this notion has crept in from Kant and the Stoics and is not part of the Christian faith.

Indeed, if we consider the unblushing promises of reward and the staggering nature of the rewards promised in the Gospels, it would seem that Our Lord finds our desires, not too strong, but too weak.

We are half-hearted creatures, fooling about with drink and sex and ambition when infinite joy is offered us, like an ignorant child who wants to go on making mud pies in a slum because he cannot imagine what is meant by the offer of a holiday at the sea. We are far too easily pleased (The Weight of Glory).

Whether our passions are in the blood or whether they develop later, the task is to direct them toward the right things-- those endeavors that assist the mission of the gospel in this world. If God finds our passions too weak, it is because we're attempting to feed those passions with the things that will, as Jesus himself said, "rot away" (Matthew 6:19-21). It is the path of discipleship that can and will strengthen our passions in a God-glorifying direction, if we will allow the Holy Spirit to so strengthen them.

Ultimately, it matters not whether our passions are in the blood or come later because the it is not the hereditary nature of blood that makes the difference, but the transforming waters of baptism. Our passions do not need to be tempered. Instead, they need to be let loose in a divine direction that such passion will direct our loves for the glory of God.