Rending the Heart: A Lectionary Reflection on Joel 2:1-2, 12-17 for Ash Wednesday 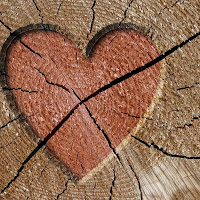 Symbolic acts can be powerful. Prophets used symbolic acts to get the attention of the people. Isaiah walked around naked for three years as a warning to Egypt and Ethiopia of their coming defeat at the hands of the Assyrians. Jeremiah shattered a pot as a sign of what would happen to God's people because of their disobedience. Jesus himself performed symbolic acts-- "cleansing" the temple as a demonstration of God's judgment upon it.


Symbolic acts are powerful, but they can only be compelling if the one performing it is committed to the message he or she is attempting to send. Through the prophet Joel, God calls his people to repentance, but it is to be a genuine repentance. A symbolic show is not enough.


Yet even now, says the Lord, return to me with all your heart, with fasting, with weeping, and with mourning; rend your hearts and not your clothing (2:12-13).

The tearing of one's clothes and heaping dirt upon the head was a symbolic act of remorse; but in the eyes of God an outward act alone was not sufficient. The heart that must be torn; it must be broken before God. Only a change of heart can demonstrate true repentance.

It is important to note that for the ancient Israelites the heart was not the seat of emotions as it is in modern Western culture. The heart was the center of character and judgment. God is calling for his people to change the way they think and act. They are to reorient their lives toward God and obedience to the covenant. In so doing they will display the excellence of divine character God desires.

On Ash Wednesday we perform the symbolic act of having ashes placed on our foreheads in the form of a cross to signify our mortality, repentance, and dependence on the work of Jesus Christ for our salvation. It is a powerful act, but a symbolic show alone is not enough. Repentance is an act of will.


In his book I Surrender, Patrick Morley writes that the church's integrity problem is in the misconception "that we can add Christ to our lives, but not subtract sin. It is a change in belief without a change in behavior." He goes on to say, "It is revival without reformation, without repentance." (Charles Swindoll, John the Baptizer: Bible Study Guide, p. 16).

Repentance is a matter of the heart... and it is more than a feeling... it is a willful determination to journey toward perfection with the help of God.
Posted by Allan R. Bevere at 7:00 AM