Our Impartially Partial God: A Lectionary Reflection on Acts 10:34-38 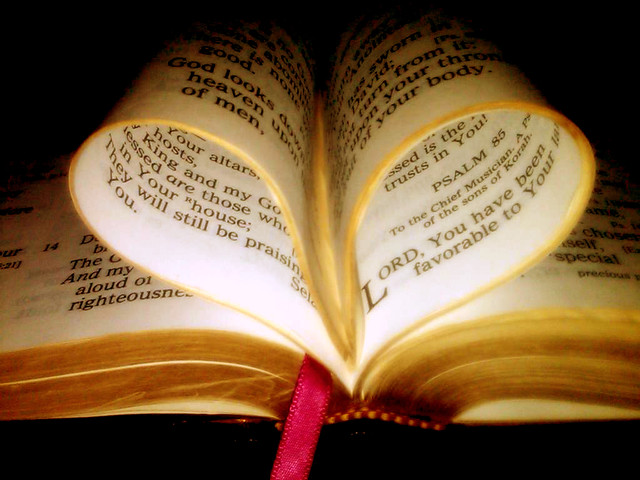 For centuries the Gentiles had been on the outside looking in when it came to the faith of Israel. There were provisions for them to embrace the Jewish faith, but even in converting they were still second class citizens in the covenant. Gentiles could go to the temple in Jerusalem to worship, but they could go no farther than the outside court. The middle court reserved for Jewish women and the inner court reserved for Jewish males was forbidden to them. Even in the synagogue, the place of study and prayer, Gentiles had to stay in their place. No matter how loyal they were to God and no matter how faithful they were to the commandments, the Gentiles were always on the outside looking in.

How did the early church arrive at a turning point where insiders were willing to included outsiders? The book of Acts tells us that beginning in Jerusalem the good news and been taken north to Samaria, then with the conversion of an Ethiopian man, to the very ends of the known earth. Moreover, the conversion of Saul, who was a contemptible persecutor of the church, was God’s chosen instrument to take the good news of Jesus to the Gentile world.

But, it is Peter who proclaims that God now welcomes all who turn, and welcomes them equally. There is to be no more second class status for Gentiles among the people of God. So, how did Peter come to this realization?

It all started with a Roman soldier named Cornelius (Acts 10:1-33). Luke tells us that he was "a devout man who feared God." He also gave alms and prayed constantly. So, he is a Gentile and a soldier who is part of an occupying army, but Luke tells us that he is pious. Somewhere along the way, Cornelius had become convinced that the God of Israel, the God of Abraham, Isaac, and Jacob was the one true God… and he worshiped that God. But in spite of that, Cornelius was a Gentile. He was on the outside looking in.

Cornelius has a vision of Peter and it is this vision that now draws this Gentile God-fearer toward the church. Cornelius is confused by the vision, but he will not be the only one confused. Peter himself will be bewildered himself by a strange dream of a sheet being lowered from heaven and being told to eat things that no self-respecting Jew would ever consider eating, and being told by God “do not call unclean what I have declared clean.” Can things get any stranger? These visionary experiences lead to an encounter between Peter and Cornelius. Most devout Jews would not enter the home of a Gentile because of the belief that it would defile them and keep them from going to the temple and the synagogue for a time. When most Jews had business with Gentiles they would stand outside the home requiring the Gentile resident to come outside. It should be noted how often Luke mentions houses and hospitality in the story. Contact between Jews and Gentiles create domestic, household, table fellowship problems. In this dialogue between Peter and Cornelius old divisions are broken down, and these two men who were once at odds because of their respective ethnicities, talk within a home that had once been off limits to Jesus’ chief apostle. Here we see the new possibilities toward which God is leading both Jews and Gentiles. As with Jesus, who was criticized for the company he kept while eating, so Peter would find that like his Lord, he would receive the same criticism.

Yes, Peter will suffer from perception problems that in his insistence on Gentile inclusion he is destroying the ancestral faith. But Peter understands why things have now changed. He says in Acts, "I now know that God shows no partiality." God does not play favorites. His choice of Abraham and his descendents, Israel as his chosen people was not injustice on the part of God. The Jews were chosen to be the people who would carry the message of hope and salvation to the entire world. The Jewish Jesus comes out of Israel that all would be offered salvation, that all, Jew/Gentile, man/woman, slave/free, might respond in faith and in repentance.

Can we hear what an upsetting, exciting, and world-changing word this must have been to those whose faith was based upon assumptions of God’s favor for Israel meant that God loved Jews more than Gentiles? It was not an easy word for many of Peter's hearers. In Peter's encounter with Cornelius he experiences the full blast of the gospel—God shows no partiality.

Gentiles like Cornelius are included, not as those who are basically nice people after all, but as those who like Israel are able to repent. Repentance, contrary to popular misconception, is not just a first step taken toward Christ, although it is that; neither is it only feeling sorry for one's sins, although that is part of it. Repentance is the willingness to turn toward the truth. Now that Cornelius is no longer on the outside looking in, he too must face the truth about himself.

Cornelius like every other person, like every son and daughter of Abraham must repent and be willing to be changed by God. It is not the case that God is impartial, not caring how anyone lives. God's impartiality is extended to everybody that everybody might live a new life.

God shows no partiality because God is deeply partial. God loves each and every person he has made. He is partial toward all of us, and that is why salvation is impartially available to all.
Posted by Allan R. Bevere at 7:00 AM