New Creation Is Not a New Idea: A Lectionary Reflection on Isaiah 65:17-25 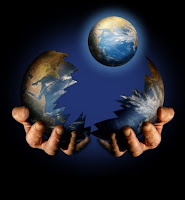 We long for better days. Parents hope and dream and work so that their children can have it better than they did. People work hard and attend school so that their dreams of better days might become a reality. We may refer to the past as the good ole days, but the fact of the matter is most of us hope the future will be better. We long for renewal.


The last portion of the book of Isaiah, written several hundred years before the life of Jesus, speaks of God doing something new. This hope that God would act to redeem and renew his people was not a new idea in the first century. The people of Israel longed for it and dreamed about it for centuries. Parents passed that hope on to their children, and their children spoke of that hope to their children. "The days are indeed coming," was a familiar refrain to each new generation.

Whatever the details of this new creation God will bring, it will be about peace, prosperity and long life. It is important to note that this vision is not some hope of going to a place called heaven for all of eternity. This is not a pie-in-the-sky-in-the-sweet-by-and-by kind of other-worldly vision. This is a down-to-earth vision of a renewed creation of the physical earth and physical heavens. There is no room for Platonic dualism here. God loves this universe too much to let it slip away into oblivion. God will redeem... renew it. It is not a second-rate creation destined to pass away making room for something completely different-- this is a vision of creation restored to its Creator's intent. If indeed the universe is a creation of God and not a happenstance of chance, and if the Creator is faithful and loving, then it is logically coherent to believe that creation will not be abandoned to collapse in on itself, nor will human beings simply return to the dust of their beginnings. Picking up on Moses' encounter with God on the mountain (Exodus 3:6), Jesus responds to the Sadducees (who denied resurrection) that God was not the God of the dead, but of the living, which included the patriarchs and matriarchs of old (Mark 12:18-27). John Polkinghorne states, "If we matter to God once--and we certainly do-- then we must matter to God for ever."

God will not abandon his creation in its futility, nor humanity in its sin. God will indeed do a new thing. God loves the universe and everything.. and everyone in it... too much to leave it to its own devices.

It's not about another world; it is about this world-- a new thing is about to happen. The prophets have spoken about it for centuries.
Posted by Allan R. Bevere at 7:00 AM