When Only Heart Surgery Will Heal: A Lectionary Reflection on Jeremiah 8:18-9:1 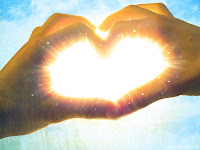 The scenario is played out rather often. The doctor tells her patient that the numbers from his blood work are not good. He needs a statin, and in addition to that he needs to lose weight-- start eating less and more healthily, and exercise as well. But as so often happens we human beings struggle to discipline ourselves into doing what's good for us. The doctor's patient keeps forgetting to take his medicine, the diet doesn't last too long, and regular walks just seems to get squeezed out of the busyness of life.

After many years, medicine, diet, and exercise are no longer sufficient. Heart surgery is now required. The patient wishes he could go back several years and start all over again, but time is not a forgiving master. The man's life will now be in the hands of a surgeon on the operating table.


Jeremiah-- or is it God speaking through the prophet-- laments the coming destruction of Israel. "For the hurt of my poor people I am hurt, I mourn, and dismay has taken hold of me." There is no easy fix for the results of Israel's sin. They disobeyed God's commands and trampled on the covenant promises with their disobedience, and followed after idols, and now they face a real life or death situation. Jeremiah asks (or is it God?), "Is there no balm in Gilead? Is there no physician there? Why then has the health of my poor people not been restored?" One pastor notes,


The phrase "balm in Gilead" probably refers to a resin from balsam trees that was used in medicine and perfumes.  In ancient times it was known as "balsam of Mecca."  There are only three mentions in the Bible related to Balm of Gilead.  The first was in Genesis 37, where a caravan of men from Gilead took Joseph from his brothers and carried him off to slavery in Egypt with their cargo of balsam.  The other two references are both in Jeremiah, and each refers to the medicinal balm.  Both times the prophet says that Israel is looking for a balm to help with their problems, but in each case it lacks the power to bring about the desired healing.  Jeremiah's reference is similar to a common phrase today, "You are just putting a band aid on the problem."  In medical terms, Jeremiah saw Israel's condition as needing a heart transplant, not medicinal balm.

All too often it is the human temptation to take the path of least resistance. We don't mind a little religion as long as it's kept in its place. We're OK with assisting the church in various ways as long as it doesn't interfere with our tee time or our child's soccer practice. We are all in favor of helping others in the name of Jesus as long as we don't have to sacrifice too much in the way of time and money. Jesus tells us that the requirement to be a disciple is to take up our own crosses, and we reduce such shocking words to nothing more than having a pesky burden to bear. We struggle to understand Dietrich Bonhoeffer's words, "When Christ calls a man, he bids him to come and die." All too often Christian faith is viewed as a soothing salve to ease our minor inconveniences instead of a way of life that cuts into the human heart to heal it and make it beat to the rhythm of the divine will.

Jeremiah mourns for his people in essence asking where God is in the midst of Israel's suffering. "Is the LORD not in Zion? Is her King not in her?" Even though God's people have been woefully disobedient, Jeremiah wonders why the people are suffering. Does not God care?

It is still a question today. When the bad times come, we wonder where God is. Why doesn't a loving God do something about our suffering? The problem with such thinking is that we have come to believe that a little show of faithfulness, a nod to God in occasional worship, and living a decent life should somehow protect us from calamity. We believe that God owes us a risk-free existence. Alan Brehm rightly observes that "one of the biggest pitfalls in this way of thinking is that because we make a show of piety with our god-talk we expect God to look after us and protect us and pour out blessings on us." It is no accident that the Gospel reading for this Sunday contains Jesus clear and decisive warning: "No slave can serve two masters; for a slave will either hate the one and love the other, or be devoted to the one and despise the other. You cannot serve God and wealth" (Luke 16:13).

It must not be forgotten that the outgrowth of our love for God is holiness-- the desire to please God because of our love for God. The people could ask where God was in the midst of their calamity, but God could rightly ask in return where the people were while God was blessing and caring for them while they were worshiping other gods and doing as they pleased.

But, if we can hear the voice of God in this lament, we also get the sense of a parent that hurts when their children hurt and who wants to do something about that hurt, but the children have brought the calamity upon themselve and they will have to suffer the consequences. The Old Testament Lectionary states,


There is a helplessness because one can do little to ease the pain and one simply has to bear it.So the pathos of God is understood in this way in Jer 8:18ff. The people had every right at one level to believe that because God was known to be present in Jerusalem that they would be safe. It is a different situation now and they are unable to hear Jeremiah's message in a new time. God appears unable to get the people to change through the words of the prophet and hurts so much that his own heart is wounded. This picture of God loving us like a parent and suffering so much pain because of our behaviour is one often neglected by people. It is picked up in the gospels when Jesus shows compassion and weeps over Jerusalem.

Judgment must come and in a sense it seems that God the Judge is powerless to stop it, but what God can do in his love for his people is to enter into that suffering, to be present in the midst of the judgment that Israel has brought upon herself.

Is it going too far to see this lament of God, "for the hurt of my poor people I am hurt, I mourn, and dismay has taken hold of me," as a preview of the day coming when God will take the hurt and suffering and sin of his people and the world upon himself on Calvary? In Jeremiah are we getting a glimpse of the cross as the means by which the human heart can be healed and restored? It is, after all, Jeremiah that envisages the day of a new covenant in which God's law will be written on the human heart (31:31-34).
Posted by Allan R. Bevere at 6:00 AM