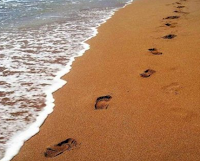 As Jesus passed along the Sea of Galilee, he saw Simon and his brother Andrew casting a net into the lake—for they were fishermen.And Jesus said to them, 'Follow me and I will make you fish for people.' And immediately they left their nets and followed him.As he went a little farther, he saw James son of Zebedee and his brother John, who were in their boat mending the nets. Immediately he called them; and they left their father Zebedee in the boat with the hired men, and followed him (Mark 1:16-20).

And we cannot follow Jesus à la carte, as consumers who follow on our terms choosing only how we want to follow. The consumer approach to discipleship not only creates Christians focused mainly on themselves instead of others, cafeteria Christianity tends to produce, not followers of Jesus who "get in the game," but spectators content to warm the bench while others tend to the hard and faithful and sacrificial work necessary in service to the kingdom of God.


I don't want to push the analogy too far, but for the sake of illustration, let's think of the membership model of church as similar to the membership model of the modern health club. One becomes a member of a health club by paying dues (in a church, the monthly or weekly offering). Having paid their dues, the members expect the services of the club to be at their disposal. Exercise equipment, weight room, aerobics classes, an indoor track, swimming pool—all there for them, with a trained staff to see that they benefit by them. Members may bring a guest on occasion, but only those who pay their dues have a right to the use of the facilities and the attention of the staff. There is no need to belabor the point. Many who sit in the pews on Sundays have come to think of church membership in ways analogous to how the fitness crowd views membership in a health club.


The point is not membership. The church does not have clients, members, or consumers of goods and services. The point is discipleship. The church exists to form and sustain individuals and a people who are followers of Jesus Christ, who are his disciples. Rather than buying into a consumer model of the church, where the customer is king and the church simply meets customers' needs, the church does more; the church redefines our true needs. The church transforms people according to the life and pattern revealed by God in Jesus Christ. It unites them with others who are committed to this way of life.

As long as the consumer model of discipleship reigns supreme in the church, the call of Jesus to follow will always be received as negotiable on our part. But there is no example of such a call in Scripture. Abraham is told to go west to a place he will be shown. God calls Amos to preach a specific message to specific people. Mary is told she will give birth to the Savior of the World. Paul is called on the Damascus Road and simply told what he will do. Not one of these individuals gets to negotiate the terms of the call-- and frankly, neither do we.

Jesus calls. We follow. It is God who names the terms.
Posted by Allan R. Bevere at 6:00 AM

This is true and Christ has named the terms. Hear the word, Believe that Jesus is the Christ, confess your sins, repent of your sins, and be baptized for the forgiveness of your sins. Not only are your sins forgiven but you will be added to the Church. If you are obedient you will receive a crown of life.