The Right Rule for the Right Time: A Lectionary Reflection on Acts 11:1-18 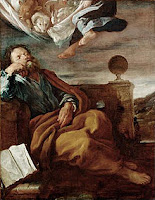 I have never been a picky eater. In fact, I have always been willing to try anything. I have eaten and like alligator, frog legs (they taste like chicken), squid, octopus, shell fish, different kinds of sushi, and ostrich. In my mission work in Haiti, Puerto Rico, and Cuba I have eaten some things I’d rather not talk about. But there is one thing I do not like. I have tried it several times fixed different ways and I have never liked it and will not eat it—liver. When I was about fourteen my mother made a casserole for dinner and tried to disguise liver as ground beef. It didn't work. Let's just say that I can't stomach liver.


Most of us do not like some kind of food, but it is only because of taste. Can we imagine what it must be like to avoid certain foods, not because they taste bad, but because we've never even tasted them for religious reasons? That is exactly what we have in our Scripture lesson.

Peter has some explaining to do to some of his fellow Jewish Christians on why he would dare share table fellowship with Gentiles. It was then that Peter recounted his vision that the Lord had given him.

Jewish homes in Judea and the surrounding area had flat roofs. The roofs were usually accessible by an outside stairway. The family would sit on their roofs in the evening to enjoy the cool of the evening. On chilly days they might use the roof to warm themselves sitting in the sun. During the holy seasons when extended family came to Jerusalem, home owners would build a temporary room on the roof with leaves and branches to house their relatives and use the roof as a large dining room. So it is not unusual that Peter goes up to the roof at midday to pray. Devout Jews paused several times a day for prayer.

But this time of prayer would change Peter in a way that had not happened the day before or any other day for that matter. He was used to speaking with God, but not God peaking with him. In the midst of his prayer time he has a vision. A large sheet comes descends from heaven with “every kind of four-footed creatures, reptiles of the earth and birds of the air.” In other words there things on the sheet that I would have eaten, but the one item that would not have been on the sail because it was acceptable for Jews to eat, was liver.

Peter was a good Jew and he strictly followed his kosher diet. God's restrictions on the diet of his people had nothing to do with taste. It was a reminder to God’' people that they were different, that God had marked them out from the rest of the nations. It had nothing to do with the people of Israel as better than everyone else, but that their way of life had to be different so that they could be a light to the nations. By separating themselves from everyone else in what they ate, and in Sabbath observance (only Jews observed the Sabbath) and in their special holy days, God’s people were constantly reminded that God in his grace had called them for the special purpose of bearing witness to the rest of the world that Israel's God was the one true God.

So it is understandable that Peter is appalled by the instructions from God to kill and eat things which are expressly forbidden by the Law of Moses. To do so would be to deny his identity as a son of Abraham. Peter's diet set him apart as a faithful Jew. At this moment, Peter believes he is being asked to deny who he is.

But not all rules are meant for all time. When our children were little we told them not to touch the stove. We didn't want them to get burned. But now they are old enough to use a stove. In fact, we expect them to use it. There are days when we tell our children, when it comes to lunch, you are on your own. You know where everything is and you know what to do. "Don't touch the stove," was a rule meant for our children only when they were very young.

That is what God is trying to communicate to Peter in this vision. In Jesus Christ, God is now offering salvation to the Gentiles as Gentiles, not in having first to become Jews. Peter will get that message and because of that he will go to the house of a Gentile and a Roman soldier, Cornelius, and offer that new covenant to him.
Posted by Allan R. Bevere at 7:00 AM