Talk Is Not Always Cheap: A Lectionary Reflection on Romans 10:8b-13 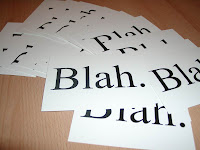 This Sunday is Valentine's Day-- a day to find ways to express love to our significant other, whomever that may be. Cards are the most common gifts on Valentine's Day followed by candy and flowers. Valentine's Day also keeps the restaurants busy. It is the busiest day of the year for dining out surpassing even Mother's Day.

The heart is the common symbol for Valentine's Day because we in the modern West identify the heart with human emotions. "I love you with all my heart," we might say to our beloved.

But that was not the case for the Apostle Paul and his culture. For them the heart was not the seat of the emotions, that honor went to the viscera, the bowels. We do have a saying, "I have a gut feeling." That represents well how Saint Paul thought about human emotions and internal organs. (Hallmark would have a difficult time marketing Valentine Cards that read, "I love you with all my intestines.") In Paul's world, the heart was the seat of the will; it was where human intention originated. One did not think with one's head, one reasoned with the heart. So when the the apostle tells the Romans that if they believe in their heart in the resurrection of Jesus, he is not referring to some feeling about Jesus' new life; it is a reasonable thought-out affirmation.

So while believing in the resurrection of Jesus is critical to saving faith, it is the confession that Jesus is Lord because of that resurrection that is also necessary. Tom Wright states,

Paul then explains this with a remarkable statement, one of the clearest in all his writings, of what precisely Christian faith consists of. It is not, for him, a vague religious awareness, a general sense of the presence of a benevolent deity. It is the confession of Jesus as Lord and the belief that God raised him from the dead.

To believe in one's heart in the resurrection of Jesus is to embrace this truth down to the core of one's very being. And since that belief brings a transformative change, the individual will indeed confess verbally that belief. Confession reveals what one believes in their heart.

People like to quote the supposed statement from St. Francis of Assisi, "Preach the gospel at all times. Use words if necessary." But that is not what Francis said. In his The Rule, he writes the following:

No brother should preach contrary to the form and regulations of the holy Church nor unless he has been permitted by his minister . . . All the Friars . . . should preach by their deeds.

Talk is cheap when confessing Jesus as Lord if we do not believe it in our hearts. But when our whole being points to the new life in Christ, then our words can make all the difference in the world.
Posted by Allan R. Bevere at 12:00 PM