Stereotyping Is a Dangerous Thing: A Lectionary Reflection on Luke 13:31-35 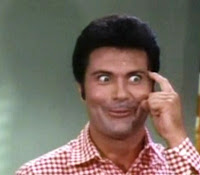 Stereotyping is a dangerous thing, and it seems to be an enduring human problem. Merriam-Webster defines a stereotype as


something conforming to a fixed or general pattern; especially: a standardized mental picture that is held in common by members of a group and that represents an oversimplified opinion, prejudiced attitude, or uncritical judgment.


Luke 13:31-35 is not about stereotypes. It concerns the truth that Jesus' ministry will be fulfilled in spite of Herod Antipas' desire to kill Jesus, perhaps because Herod thinks Jesus is the successor of John the Baptist. It also focuses on Jesus' lament over Jerusalem as the city that has killed those whom God has sent to her, and as they will shortly do to Jesus himself.

But there is an interesting tidbit of information in this passage that should not be overlooked.


At that very hour some Pharisees came and said to him, ‘Get away from here, for Herod wants to kill you (13:31).


It's time to revisit the Pharisees, in part because their story needs to be told so we don't forget and in part because some like to use the "Pharisee" in ways that concern me. It is a standard procedure to say "Pharisee" and mean "legalist, bigot, hypocrite, or picayune meddler into other people's religious business." Look at any dictionary. But this is in and of itself a caricature and stereotype, for no one (I hope) would think that all Pharisees have always been religious bigots. Such language spells danger down the road in ways that might surprise us. Even more, we have tended to download anger or extreme disagreement with others onto this term "Pharisee." So, when I call someone a Pharisee I do not mean anything nice or even charitable. Which, in and of itself is dangerous because no group (well, there are exceptions) is always wrong and always bad.

There is no doubt that Jesus had his disagreements with the Pharisees and there were Pharisees that were bad apples. But to suggest that all the Pharisees had no redeeming qualities is equivalent to stereotyping all lawyers because of a few dishonest ones, or to see all Catholic priests as perverts because of a minority of pedophiles in their ranks, or to see all politicians as dishonest weasels whose only concern is being re-elected. (I freely admit, that I engage too often in this last stereotype.)

The Gospels tell us that there were two Pharisees (I am sure there were more) who were followers of Jesus-- Nicodemus and Joseph of Arimathea who saw to Jesus' burial (John 18:28-29). And it would not be surprising that there were other Pharisees who were decent and honest and faithfully religious men who were not followers of Jesus, but struggled with what to make of this teacher from Nazareth. Indeed, one can make no sense of the Jesus' parable of the Pharisee and the tax collector (Luke 18:9-14) unless we come to grips with the truth that the Pharisees is an honest and upstanding citizen of the community and the tax collector is indeed a dishonest scoundrel. I would take the Pharisee over the tax collector as my next door neighbor any day of the week.

There are many dangers in stereotyping, and one of them is that in caricaturing other groups, we give others implicit permission to stereotype the groups we belong to. I know how viscerally I react when I hear people say, "All Christians are hypocrites," or The church" (in a stereotypical sense) is bigoted and intolerant. " It was Rabbi Hillel who said, "What is hateful to you, do not do to your neighbor." If we do not want to be stereotyped, we need to refrain from it ourselves.

But just who is our neighbor we must not stereotype? Jesus already has answered that question for us in Luke 10:25-37.
Posted by Allan R. Bevere at 8:00 AM