On Being Christian in America: More Liberal or Conservative Than Christian 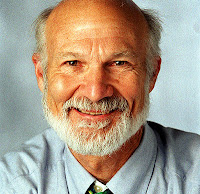 By Stanley Hauerwas:
___
The nature and mission of the Church, the relationship between Church and world, the role of Scripture and tradition, the question of teaching authority (the Magisterium) within the Christian community, the connection between teaching authority and theological exploration, the meaning of doctrine and dogma--the Roman Catholic Church is working through these questions on behalf of the entire Christian community. Of course there are other Christian communities addressing these questions. Some communities, however, are not capable of that. Much of liberal Protestantism has lost the points of reference, even the vocabulary, required for deliberation and debate on such questions. Most of conservative Protestantism, especially fundamentalist Protestantism, is not aware of the questions.

For example, you came to America thinking that societies had the obligation to educate children about the true and the good. Yet confronted by putative neutral public education that presumed that everyone agreed that church and state ought to be separated, you were forced to build your own school system. Where else would Catholics learn that the life of the mind could not and should not be separated from the life of prayer? I do not wish to be misunderstood. I am aware that there were many reasons--not the least of which being Protestant anti-Catholicism which is still more virulent than Catholics generally are willing to acknowledge--for Catholics to live in ghettoes. Nor do I wish to invite you to wallow in romantic nostalgia for the oftentimes wonderful and terrible forms of life those ghettoes produced. Rather I simply want to call your attention to the sociological form that seemed necessary to sustain the Catholic project of a natural law moral theology.

Of course the problem for Catholics is no longer how to survive in a hostile environment dominated by Protestant and Enlightenment presupposition. Now the great Problem is how to survive liberal tolerance. Until recently you could depend on Protestant prejudice to keep Catholics Catholic -- i.e., it may not be clear what it means to be Catholic, but at least Catholics could depend on Protestants to tell them why they were peculiar. However, as Protestants have become increasingly unclear what it means for them to be Protestant, it has become equally difficult to know-- at least in matters moral--what difference it means to be Catholic. From a Protestant perspective, an long as we are characterized by a generalized uncertainty about what we are about it just seems to be a matter of courtesy to invite Catholics to become part of our amorphous search for identity.

In short, one of my worries is not that Catholics will fail to be ecumenical, but when they come to cooperate with Protestants they will have become what we already are-- that is, a denomination. In his book, The Restructuring of American Religion, Robert Wuthnow documents the decline of mainstream Protestantism in America. He confirms what I think many have sensed-- that members of Protestant churches now depend less on belief in the particular theological and ecclesial heritage of that denomination than on how that religious organization provides a means for individuals to express their particular interests. Therefore American Protestants are no longer determined by whether they are Presbyterians or Methodists, but by whether they are "conservatives" or "liberals" within their denominations. Moreover, the meaning of "conservative" and "liberal" is determined primarily in terms of the options of the American political system rather than by theological and moral questions.
___
You can read Stanley Hauerwas' entire address, "The Importance of Being Catholic: Unsolicited Advice from a Protestant Bystander," here.
Posted by Allan R. Bevere at 12:00 PM