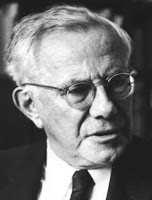 Translation preaching removes the scandal of the gospel offering the Good News as simply one more form of therapy, or as merely one way to God among all the others, thereby stripping the cross of its saving power. Good preachers will not seek to be relevant, but to proclaim the already relevant gospel to their congregations. We must never forget, as Bishop Willimon reminds us elsewhere, that during his ministry Jesus drove away as many people as he attracted. While we want our preaching to attract everyone, we cannot compromise the gospel because it may drive others away. If we do that, we may not have people rejecting what we say, but we will find that people are no longer interested, because we will not be offering to the world anything that they cannot get elsewhere. Preachers must preach in a way that those who hear them will say, "I cannot get this anywhere else." Preaching that intentionally seeks to be relevant will become irrelevant.
Posted by Allan R. Bevere at 6:30 AM

This uses 'translation' in a sense different than I would. What they're calling translation, I call marketing.

1. You can study the culture and language of a people, and try to communicate the gospel in a way that makes it attractive to that culture. This I call marketing, and I have definite questions about its validity.

2. You can study the culture and language of a people, and try to communicate the gospel in a way that makes it clear to people of that language and culture (whether it appeals to he culture or not). *This* I call translation, and is the direction that contextualization ought to take.