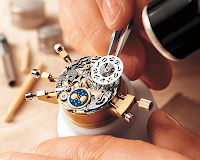 In order to understand the context of the faith of our Founders, it is necessary to give a brief account of Deism, a religious and philosophical belief system popular with the educated intelligentsia in Western Europe and America in the seventeenth and eighteenth centuries. Since many of our major Revolutionary Founders embraced Deism, it is important to understand the faith to which they adhered.

Two things need to be kept in mind: First, I will be highlighting only those major aspects of Deism that concern us in the course of this series. Second, not all Deists agreed with every tenet of Deism. For example, Deists generally believed that prayer was a waste of time since God was distant. But there were some Deists who were willing to entertain the idea that God might answer prayer (e.g. Thomas Jefferson).


First, Deists believed that God was essentially a Great Watchmaker who created the universe, wound it up like a clock and then left it to run on its own. God was not personally involved in his creation. God did not intervene in the world. Instead, God gave human beings reason to make their way in life.

Second, the major doctrines of the Christian faith were could not be believed because they were not Enlightened. God does not reveal himself in holy books such as the Bible, although one may gain important knowledge through those writings. Since God does not interact with the world, Jesus can be at best a wonderful moral teacher. He cannot be the Incarnation of God on earth. Deism also rejects the notion of radical evil and sin. Atonement is, therefore, not necessary, and neither could Jesus have been raised from the dead. The Trinity is a nonsensical doctrine.

Third, God created the universe to operate in a certain way by the laws of nature. Those laws can never be broken. Therefore, miracles do not happen. There must be natural explanation for everything.

There is more to Deism than what has been stated here, but this is sufficient. While Deism was embraced rather widely by the educated elites in colonial America, it does not seem to have taken great hold among the masses, although it was more popular among Unitarians and some Congregationalists in New England. And most citizens did not appear troubled with the faith of many of their political leaders, for the most part. As Alf Mapp writes, "They would not trouble too much about the arcane speculations of James Madison, John Adams, or John Marshall, as long as those gentlemen could be seen in their customary pews on Sunday."(1)

It is the case, that there were non-deistic Christians that supported America, the great Liberal Protestant experiment, but those who had definitive influence were indeed deists.

Next week's First Founder perhaps had the most enigmatic faith of all the Founders, as he rarely spoke and wrote of it-- George Washington.

I think Kant provided some good philosophical grounding for Deism, as he criticized the supernatural elements of religion, but viewed it generally as a positive for moral development.

Yes, the liberal Protestant was the strength of the support for early American politics. Of course, George Whitfield, I think, I was good friends with Ben Franklin. Evangelicalism also supported the founding. I think, if you move forward, it was also important for the civil war. I do not recall how liberal Protestants thought about that.