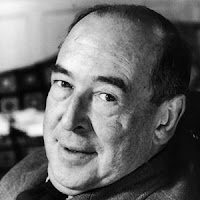 Even the best Christian that ever lived is not acting on his own stream-- he is only nourishing or protecting a life he could never have acquired by his own efforts. And that has practical consequences. As long as the natural life is in your body, it will do a lot towards repairing that body. Cut it, and up to a point it will heal, as a dead body would not. A live body is not one that never gets hurt, but one that can to some extent repair itself. In the same way a Christian is not a man who never goes wrong, but a man who is enabled to repent and pick himself up and begin over again after each stumble-- because the Christ-life is inside him, repairing him all the time, enabling him to repeat (in some degree) the kind of voluntary death which Christ Himself carried out."

"That is why the Christian is in a different position from other people who are trying to be good. They hope, by being good, to please God if there is one; or-- if they think there is not-- at least they hope to deserve approval from good men. But the Christian thinks any good he does comes from the Christ-life inside him. He does not think God will love us because we are good, but that God will make us good because He loves us; just as the roof of a greenhouse does not attract the sun because it is bright, but becomes bright because the sun shines on it."