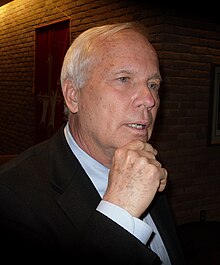 Here is a great article from Bishop William Willimon written in 1995. It is still relevant to our current situation today.

I'm a mainline-liberal-Protestant-Methodist-type Christian. I know we're soft on Scripture. Norman Vincent Peale has exercised a more powerful effect on our preaching than St. Paul. Listen to us on Sunday, and Leo Buscaglia or Mr. Rogers’s Neighborhood may come to mind before you think of Matthew, Mark, Luke, or John.


Do you know how disillusioning it has been for me to realize that many of these selfproclaimed biblical preachers now sound more like liberal mainliners than liberal mainliners? At the very time those of us in the mainline, old-line, sidelined were repenting of our pop psychological pap and rediscovering the joy of disciplined biblical preaching, these "biblical preachers" were becoming "user friendly" and "inclusive," taking their homiletical cues from the "felt needs" of us "boomers" and "busters" rather than the excruciating demands of the Bible.

I know why they do this. After all, we mainline-liberal-experiential-expressionists played this game before the conservative-evangelical-reformed-orthodox got there. It all starts with American Christians wanting to be helpful to the present order, to be relevant (as the present order defines relevance). We so want to be invited to lunch at the White House or at least be interviewed on "Good Morning America." So we adjust our language to the demands of the market, begin with the world and its current infatuations rather than the Word and its peculiar judgments on our infatuations.

Pat Robertson has become Jesse Jackson. Randall Terry of the Nineties is Bill Coffin of the Sixties. And the average American knows no answer to human longing or moral deviation other than legislation.

Again, I ought to know. We played this game before any Religious Right types were invited to the White House. Some time ago I told Jerry Falwell to his face that I had nothing against him except that he talked like a Methodist. A Methodist circa 1960. Jerry was not amused.

When you have to come to a Methodist for a biblical sermon, that's pitiful.
___
The entire article can be read here.
Posted by Allan R. Bevere at 6:30 AM

Bishop Willimon could have written this in 1988 just as easily.

While visiting the bookstore and looking at the titles of the leaders of the fundamentalist takeover (almost all of them pastors of megachurches), I found something really odd-- or, at least, odd to me. Of all the books on sale, not one of them was about theology. Or even about the Bible per se. All of them without exception were about how to manage your emotions, solve your problems, or become more successful in life. Yes, they used some biblical references to frame their case, but one could have actually found the very same kinds of arguments in the self-help section of any secular bookstore.

Yes... without theology the significance of Christianity becomes practical psychology.