Did Peter Abandon the Jewish Food Laws at Antioch? #1 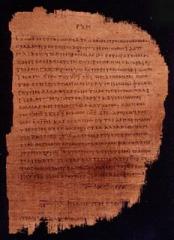 In his letter to the Galatians, St. Paul confronts the Apostle Peter for what Paul sees as hypocrisy on Peter's part as one who participated in table-fellowship with Gentile Christians, but then withdrawing from that fellowship once some "men from James" came from Jerusalem to rebuke him for his laxity in reference to the observance of the law of Moses. But just what had Peter supposedly abandoned? Did Peter and the other Jews in Antioch more or less relinquish the laws regulating table-fellowship? Could it be that the Gentile Christians in Galatia were already observing some of the basic food regulations required by the law (such as abstinence from pork and proper procedure as far as slaughter was concerned), making it possible for the Jewish believers to eat with Gentile believers in an environment less rigorous in the respect to the law, but one falling short of abandonment of all the regulations of table-fellowship?

The evidence is strong that Judaism was attractive to many Gentiles in the Roman world and that they kept the law and followed its regulations in varying degrees (Josephus Ant. 20.38-48, Philo, Vit. Mos. 2.41-43, Plutarch, Cicero 7.6) The practice of Gentiles following Jewish regulations was common enough that certain non-Jewish dietary practices could be mistaken as Jewish (Seneca, Epistulae 108.22). It is, therefore, reasonable to assume that it was somewhat common for Gentile Christians to have been God-fearers prior to their acceptance of Christianity and were already in the habit of regarding the dietary laws to some extent. Along with this it was uncharacteristic for Jewish believers to abandon the law completely, given its boundary-marking characteristics for them as God's people. This included table-fellowship with Gentiles (Daniel 1:8-16; Acts 10:14; 11:2-3; 1 Corinthians 8-10). It is likely that the "men from James" wanted stricter adherence to the laws concerned with dietary and ritual purity, but it is unclear as to how lax the observance of those laws had become.
Given the evidence for Gentile attraction to the law, and the Jewish concern over issues of ethnic boundaries, it is probably the case that the cause of the Antioch incident did not take place over a complete disregard for the dietary and purity laws. At the same time, there appear to have been serious breaches of the law in Antioch. This explains Paul's face-to-face criticism of Peter-- "If you, though a Jew, live like a Gentile and not like a Jew, how can you compel the Gentiles to live as Jews?" (Galatians 2:14; compare Jubilees 6:35; 15:33-34; Psalms of Solomon 1:8; 8:13). It must be recognized here that this is Paul's interpretation of Peter's behavior, but it is reasonable to assume that both men had enough common ground to agree, for the most part, what it meant to live like a Jew, and by abandoning certain regulations, live like a Gentile (compare Acts 10:9-16; Philippians 3:4-6).
Posted by Allan R. Bevere at 6:30 AM

It is probable, I think, that the church in Antioch observed "kosher" rules in order to maintain peace and unity among its mixed Jewish and Gentile members. The controversy of the "Antioch incident" was probably not about a violation of the food laws of the Torah, but about Peter--and then Barnabas-- withdrawing from eating at the same table with the Gentile members in response to the arrival of some persons from James in Jerusalem. Richard Hays advocates this interpretation in his commentary in the New Interpreter's Bible. It may be that the "circumcision faction" (Gal. 2:12) in the Jerusalem church was upset about Jewish Christians entering the social space of Gentiles. Peter may have withdrawn from eating with the Gentiles in deference to James who, for the moment, was dealing with the delicate situation of dealing with the scrupulous Jewish Christians in Jerusalem who had converted from the Pharisees. Apparently, Peter had had a practice of associating with Gentiles in their own social space, but he changed his practice when the persons came from James. While Acts 10 seems to imply that Peter's vision was that all foods are clean (10:13-15), his interpretation of his vision was that "God has shown me that I should not call anyone profane or unclean" (10:28), i.e. the meaning of the vision was about the acceptance of Gentile persons, not about foods. Besides, Cornelius was a God-fearer (10:2), and it is likely that Cornelius observed the food laws of the Torah. And, by the way, while most commentators assume the "Antioch incident" occurred following the conference or council of Jerusalem, it is possible that it occurred prior to the conference. Paul mentions it after he discusses the conference, but his statement--"But when Cephas came to Antioch"--may indicate that Paul is referring to an earlier incident because it suited his rhetorical purposes in his letter to the Galatians.