On Fishing and Making Disciples 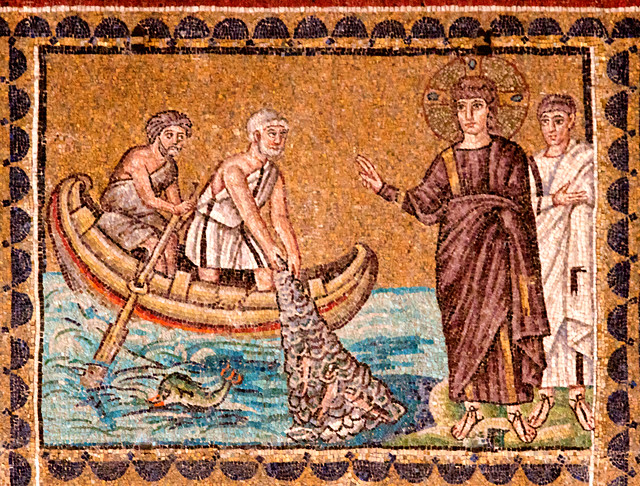 My uncle taught me to fish when I was twelve-years-old. I offer no pun intended, but the first time we went together I was hooked. Fishing has been a hobby of mine for the forty years since.

When I bought my first tackle box, I started buying tackle (necessary gear) and fishing lures. I bought all kinds of different lures recommended by "experts" in fishing magazines. I bought some simple lures, but the ones I concentrated on were the lures that offered all the "bells and whistles." There were lures that made sonic sounds underwater (never mind that "sonic" and "sound" were redundant terms); and then there were the bright lures to be used when skies were cloudy and the less colorful lures when the sun was shining brightly. The point from the experts was obvious-- if you want the fish to bite, dazzle them with the glimmer and the glitz.


But here's the truth-- in my thirty years of fishing, the lures that have caught the most fish are the ones that are simply realistic. I have not caught one thing on any lure that offered color and sound and movement. I have caught plenty of fish on simple realistic lures-- plastic worm, minnows that swing like real minnows and other bait that just sits in the water waiting to be eaten.

I must say that I think that all too often the church in America hopes to attract people with the glitz, the stuff no one can get anywhere else-- pomp and circumstance. Such bells and whistles may indeed attract people, but I wonder if what brings people into the faith for the long haul are those things that offer Jesus in the midst of the substance of life, that present the gospel to those who hunger and thirst for what is nutritious and righteous, and not what is only simple spiritual carbs?

Do you want to catch fish or simply enjoy the colors and the sounds? It's up to you.
Posted by Allan R. Bevere at 6:30 AM

Email ThisBlogThis!Share to TwitterShare to FacebookShare to Pinterest
Labels: Discipleship

This is why I wrote an article on

Doctrine and Church Health based on my dissertation.