Not Just Good Work, But Kingdom Work: A Lectionary Reflection on Acts 4:5-12 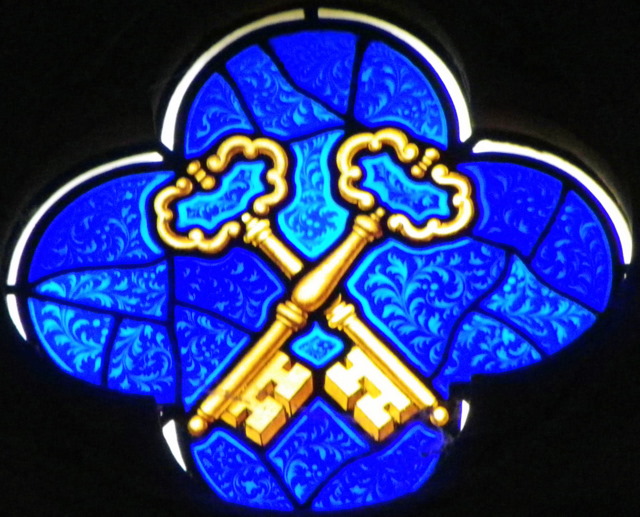 Being a Good Samaritan can get you in trouble. Kendra Lindon, a school bus driver in Calgary, Alberta, Canada was concerned for the students who were supposed to ride her bus the morning it would not start. It was -37 degrees. Fearing for the students' safety in the dangerously cold temperatures, Lindon ushered them into her own warm car to wait on another bus. Her employer had a policy against students being in the private vehicles of their employees. Once news of what happened was revealed, Lindon was fired.

It is certainly understandable why an employer would have such a policy, but could not one make the case that this was an extraordinary and unusual situation that called for an exception? It sometimes seems that no good deed goes unpunished.


Jesus often sparred with the Pharisees over their interpretation of the law of Moses and how they interpreted it as an end in and of itself, instead of a means to an end for the benefit of God's people. He accused them of treating the Sabbath as if God created humanity for that day instead of that day for humanity (Mark 2:23-28). Scot McKnight articulately summarizes Jesus' approach to the Torah in contrast to the Pharisees-- "the Pharisees taught love of the Torah... but Jesus taught a Torah of love" (Kingdom Conspiracy, p. 51).

The religious leaders argued with Jesus over his interpretation of the law because they wanted to be the permission givers. They could not rejoice in the good Jesus was doing-- healing the sick, reaching out to the marginalized, and offering words of comfort to those who were suffering. Jesus was doing good without authorization from those who were God's permission givers.

In Acts 4:5-12, Peter and the other Apostles encounter God's permission givers in the form of the Sanhedrin. Peter had healed a man who was unable to walk from birth (3:1-10). As he lay at the gate of the Temple hoping to receive alms from those coming to worship, he encounters Peter who does even better-- he heals them.

But no good deed goes unpunished. The permission givers have not given approval for Peter's actions, and they need to investigate. "By what power or by what name did you do this?" With the help of the Holy Spirit, Peter responds succinctly and clearly: "Rulers of the people and elders, if we are questioned today because of a good deed done to someone who was sick and are asked how this man has been healed, let it be known to all of you, and to all the people of Israel, that this man is standing before you in good health by the name of Jesus Christ of Nazareth, whom you crucified, whom God raised from the dead"

But what Peter has done is not just good work; it is kingdom work. Peter has offered healing in the name of King Jesus who is himself the kingdom come. Peter declares to the ruling council, "This Jesus is 'the stone that was rejected by you, the builders; it has become the cornerstone'" (4:11). The kingdom of God that the permission givers had longed for had finally arrived, but it didn't look the way they had imagined. Jesus was the king at the center of it all. God had brought the kingdom in Jesus bypassing the permission givers. And Peter's healing of the lame man in front of the Temple signified the beginning of that kingdom work that would now be accomplished in the name of Jesus through his followers. Mitzi Smith writes,


Implicit in the question, it appears, is the understanding that the apostles did not perform the miracle by their own strength and a concern for the potential emergence of a rival "power," "name," or a new Jewish sect that might threaten the status quo (cf. 28:22). Also, the leaders do not assume that the miracle occurred by the power of or in the name of YHWH, despite the fact that all of them are worshipers of YHWH. Religious folks who have confused the power of position with the power of God are more likely to reject the power of God operating in others who lack similar position and rank (cf. 4:13), despite how God might use them. We should maintain some humility considering our fallibility, mortality or human condition no matter how high we might climb in institutions. Only God is infallible, inscrutable, and absolutely God.

The power of the kingdom was now on the loose in the name of Jesus and through Jesus. The permission givers, who refused to believe, would simply have to watch as God worked without their approval. God's kingdom work would proceed through the followers of King Jesus.
Posted by Allan R. Bevere at 6:30 AM

When considering (as we sometimes must) leaders/permission-givers of contemporary culture, I think it's nearly impossible to not consider those who govern in the UMC - we clergy have the same responsibility to self-police with humility as did the Sanhedrin.

In this case it would seem as if those who worked so hard to politically place themselves in leadership actually DID what they were elected to do (kingdom-wise), there might be more trust that the kingdom was in good hands.

I understand their anger, however; it's difficult to sit-by as those who are "in charge", while the "unauthorized" change everything.

I was kind of thinking along those same lines. While I understand that there has to be order in our institutions, I wonder why the leaders of our denomination persist in judging, rather than loving, in the case of some "sinners" among us not being allowed to be leaders/Sunday School teachers in the church, while others who sin (all of us) ARE allowed.