On Preaching Advent During Advent 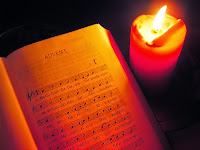 Once again, another Advent season is quickly approaching. For those of us who have been preaching for more than a few years, it can be difficult, after a while, to find a fresh approach to the traditional Advent texts. And while I am certainly not opposed to new and fresh insights on any given Scripture, I think it is important to say that the task in our preaching is not really to come up with something new and earth-shattering. Rather, our Advent preaching should prepare the way for the earth-shattering celebration of Christmas and Incarnation.


Too much Advent preaching is not really Advent preaching; it is as many describe it, Christmas-lite. But the focus of Advent is not on the birth of Jesus Christ, it is on preparing for his birth. And such preparation is not simply for the arrival of a sweet little child in the manger, but rather for the coming of the Lord of the Universe who will redeem all of creation. Too much preaching during Advent is not only Christmas-lite; it is also too sentimentally focused on babyhood. Advent is the time when we remember that in the infant Jesus eternity approaches earth, and we human beings, so bound to the temporality of time and space, must prepare ourselves to be touched by that eternity when it comes to us in the form of flesh. Robert Southwell, a Jesuit priest and martyr gets to the heart of Advent in his poem:

This little Babe so few days old,
Is come to rifle Satan's fold.
All hell doth at his presence quake,
Though he himself for cold do shake
For in this weak unarmèd wise
The gates of hell he will surprise.

While the entire Christian calendar  is an affirmation of the significance of the cosmos and the necessity of redemption, it is Advent, more explicitly than any other season, which calls us to an annual rehearsal of Christian eschatology and cosmology, and does so as the first act of each year. The primary theme of the lectionary readings appointed for Advent, including the three weeks prior to the current four week season which remain as vestige of an earlier practice of a seven week observance, is the end of this "futile" world as a new world approaches it from God's "now-present future." The Christian Year begins just here, with an intensive and even prolonged meditation on "the end" of all things, which is to say both the culmination or physical end of this universe and its embedded transience and futility as it gives way to the transforming work of the "age to come," and the redemptive purpose (telos) underlying all things. Advent is thus heady, though hope-filled, stuff. It speaks of destruction and renewal, of judgment and liberation, of "unquenchable fire" and "all things made new." As we attend to its themes, rhythms, callings, and cosmological boldness in worship through these weeks,  Advent can help us shred our parochial and anthropocentric preoccupations which may be even more acutely on hand during the cultural observance of "Christmastime" (in the US, the day after Thanksgiving through the morning of December 25) and reset us on a footing to appreciate and be transformed by the scope of the incarnation we celebrate during Christmastide.

I dare say that if we focused our preaching on Advent during Advent, we would find much that is fresh in our preaching. Advent texts would be allowed to speak in a powerful way-- texts that are ignored, or at least minimized, because we have to get to Christmas before December 25th. We must not treat Advent like children who cannot wait to open their gifts until Christmas Day.

So, for the four Sundays of Advent let us sing, "Come, thou long expected Jesus, born to set thy people free," and save "Joy to the world, the Lord has come" for the celebration of Christmas. And for those of us who are preaching, let us preach on expectation and on waiting and on listening-- on creation and new creation, the universe and its salvation. Let us preach words of hope as to what God is about to do in gracing us with his presence in Bethlehem. Let our proclamation be preparation for the coming redemption of creation.
Posted by Allan R. Bevere at 7:30 AM

Those Southwell lines have been cemented in my mind ever since we sang them in Benjamin Britten's Ceremony of Carols way back when I was in college.

It's a profoundly wonderful poem.