Human Beings on Earth, Living on the Head of a Pin: A Lectionary Reflection on Psalm 8 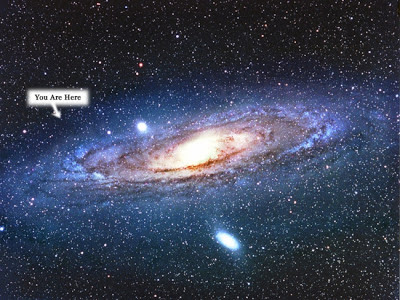 Ever since I was a boy, I have been fascinated by the universe. I would gaze up at the stars at night and wonder what it might be like to walk on the moon. I was seven years old when the crew of Apollo 11 made their historic voyage. How I wished I could walk with Neil Armstrong and "Buzz" Aldrin in the Sea of Tranquility.


It is understandable that when the psalmist looks to the heavens and considers the wonder and the vastness and the mystery of creation, he wonders about the place of humanity-- its insignificance, its smallness in the seemingly endless expanse of the universe-- he asks why his life even matters. We human beings live at most only a handful of decades upon this earth and then we return to the elements from which we came decades before. Some theologians in the past, who lost their way in trivial theological reflection, debated how many angels could dance on the head of a pin. That humanity lives on the head of a pin called Earth seems all too appropriate as we ponder the marginal nature of our existence in this ever-expanding universe.

But the same psalmist who wonders about the insignificance of human existence also states clearly that women and men who live on this tiny speck of Terran dust are crowned with glory and honor because the One who created us has so coronated us. We are not important in and of ourselves. We matter because we matter to God. And no matter how big the universe gets as it continually expands into the nothingness of continued creation, no matter that we live on a tiny ball of dust in a typical galaxy among typical galaxies in a vast universe-- we matter to God. The God who created all that lives, all that exists loves us so much that God came to this tiny, small, marginal ball of dust called Earth in order to save us.

And the church is called to proclaim to all that God matters to them. One of the great privileges of my ministry as a pastor in downtown Akron is to deal with the homeless and the marginalized. It is important to me that I minister to them in such a way that they know they matter to God, that they have been crowned with glory and honor. So it is not enough for me to give them a bus ticket or money to get some food or a photo ID. I too ask if I may pray with them and I ask them about their families (and many homeless folks do have families), and when they are in the hospital, I visit them.

I do these things because the majestic God has crowned them with glory and honor, even though many are certain God has forgotten them. It is my task to be the reflection of God's image to let them know that God is with them and God cares, and that they are only a little lower than the angels, even though they will spend their night on Main Street in front of a restaurant that will not feed them the next day because they have too little money.

Our majestic God loves his majestic creation!
Posted by Allan R. Bevere at 6:00 AM