Truth Is Stranger than Fiction: Jesus Is a Boston Bruins Fan 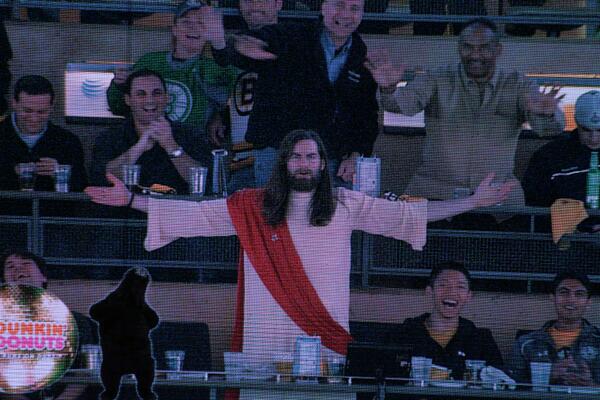 BOSTON, April 21 (UPI) -- There was a special guest at TD Garden on Sunday supporting the Bruins in their attempt to resurrect their Stanley Cup chances against the Red Wings after falling behind in their best-of-seven series -- Jesus Christ.

After losing Game 1 to Detroit 1-0 on Friday, Boston needed a win on Easter Sunday to get back on track.

Although JC (actually a guy named Thor) may have been pleased with the Bruins' 4-1 victory, he can’t have been all that happy with some other things that happened during the game.

The Bruins and Red Wings will play Game 3 in Detroit on Tuesday night with the series now knotted up at 1-1.
Posted by Allan R. Bevere at 6:30 AM

Email ThisBlogThis!Share to TwitterShare to FacebookShare to Pinterest
Labels: Truth is Stranger than Fiction