The Eclipsing of the Death of C.S. Lewis 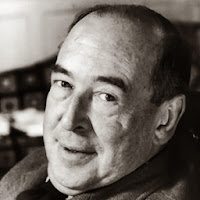 On November 22, 1963, President John F. Kennedy was assassinated in Dallas, Texas. Last Thursday, the fiftieth anniversary of this terrible event, was remembered all over the U.S. with ceremonies and documentaries on the president's life and death. It is certainly understandable why such importance has been placed on Kennedy's death-- the assassination of the leader of the free world, a young and vibrant man (at least seemingly vibrant in appearance), and his young family captured the attention of a nation.

But what was missed on that same day was the death of one of the most significant Christian thinkers of the twentieth century English-speaking world-- C.S. Lewis. The following about Lewis is posted on the official C.S. Lewis website:

Clive Staples Lewis (1898–1963) was one of the intellectual giants of the twentieth century and arguably one of the most influential writers of his day. He was a Fellow and Tutor in English Literature at Oxford University until 1954, when he was unanimously elected to the Chair of Medieval and Renaissance Literature at Cambridge University, a position he held until his retirement.

Lewis wrote more than thirty books, allowing him to reach a vast audience, and his works continue to attract thousands of new readers every year. C. S. Lewis's most distinguished and popular accomplishments include Mere Christianity, Out of the Silent Planet, The Great Divorce, The Screwtape Letters, and the universally acknowledged classics in The Chronicles of Narnia. To date, the Narnia books have sold over 100 million copies and been transformed into three major motion pictures.


Perhaps the significance of Kennedy is ultimately found in his tragic and untimely death and that is why November 22 has been singled out in his memory, eclipsing Lewis' death. But it seems to me that Lewis' significance is found in his life and work. JFK's importance is found in what could have been had he lived (and perhaps a little too romanticized in the process), as well as the continued controversy generated by conspiracy theorists as to how many assassins were involved that day. But I think Lewis' importance is found in not what might have been, but in what he contributed prior to his death, challenging us to rethink our view of the world and the significance of a "mere Christianity" in which an orthodox understanding of Jesus was essential, while poking at that mere Jesus with some new and different questions.

November 22 seems to have been dedicated to JFK by default because of his untimely death. Lewis continues to be read and discussed and pondered in an ever-continuing stream of new books, in coffee shops and pubs and taverns and at conferences. The significance of Lewis' contribution cannot be limited to one day a year.

The death of C.S. Lewis on November 22, 1963 may be eclipsed each year by the assassination of a president, but Lewis is remembered in every day of every year when someone opens one of his books or continues writing a book on him, and when his insights are being explored in small groups at Starbucks and in large conference room lectures.

Lewis' death may get no attention, but his life and work cannot be eclipsed.
Allan R. Bevere at 10:06 AM
Share