Beware of the Eschatological Weather Forecasters! 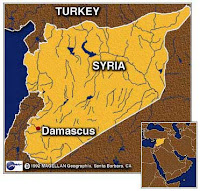 My friend and colleague at Ashland Theological Seminary, John Byron has written a helpful post on the current situation and Syria and the all too familiar Scripture-twisting that takes place in reference to current events in the Middle East. He points out that some are pointing to Isaiah 17:1-2 as a prophecy of current events:


See, Damascus will cease to be a city, and will become a heap of ruins. Her towns will be deserted forever; they will be places for flocks, which will lie down, and no one will make them afraid.

But, not so fast, says Dr. Byron. He rightly observes,

A major problem with this sort of interpretation is that it completely ignores the context of the oracle. This oracle was written at a specific time for a specific people. It doesn't have on going predictive powers. This type of interpretation is the result of a very egocentric reading of the Bible. It happens when we think that everything written therein is about us and for us. All that we need to do is solve the code, connect the dots and we have the secret road map to how the world will end. But as I said, this ignores the fact that what is described here has already happened.

Our egocentric way of reading the Bible often neglects to ponder the possibility that perhaps we are playing the role of a modern day Assyria, Babylon or Rome. And while the Bible suggests that God used those nations at various points in history, it wasn't because God thought they were "his people." In fact, they are the nations that eventually met their own destruction. We should remember that God's justice has no favorites. Even ancient Israel found that out.

Wander over to John's blog and read the entire post, Feel free to post a comment there and join the discussion.
Posted by Allan R. Bevere at 2:29 PM