Do the Names of Children Reveal the Politics of Parents? 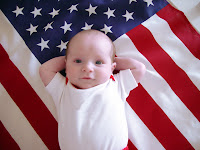 When I see studies like this, I must admit I get skeptical. In any case, it is interesting.

Quick, make a guess: Are Liam's parents Obama voters, or did they pull for John McCain? How about Kurt's mom and dad?

If your gut suggested that Kurt's parents might swing conservative while Liam's are liberal, congratulations. A new study of baby names does, indeed, show that parents in liberal neighborhoods are more likely to choose softer, more feminine sounds, such as "L," for their babies' names, while conservative parents go for macho-sounding K's, B's and D's.

The same research finds that liberal, well-educated parents are more likely to pick obscure names for their children, while conservative, well-educated parents take a more conventional naming path. Both methods seem to be a way of signaling status, said study researcher Eric Oliver, a political scientist at the University of Chicago — though it's unlikely parents realize what they're doing.

The results revealed that overall, the less educated the parent, the more likely they were to give their child either an uncommon name (meaning fewer than 20 children got the same name that year in California), or a unique name (meaning only one child got that name in 2004 in California). When parents had less than a college education, there were no major ideological differences in naming choice.

The findings of an ideological split mostly among the well-educated are no surprise, Oliver said, as only about 20 percent of the American public holds strong political principles, and those people tend to be college educated. In that group, he said, the data suggest that liberals are looking to distinguish themselves for their culture and education by choosing esoteric names. Conservatives, on the other hand, seem to pick traditional names that will distinguish their kids as economically successful.
___
The entire post can be read here.
Posted by Allan R. Bevere at 1:00 PM